Here's the best scientific argument yet against pornography 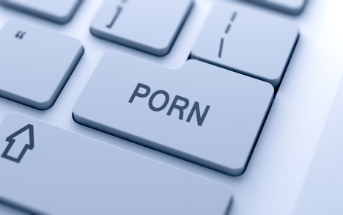 Pornography addiction is destroying lives, and the science proves it.

The list included reasons such as increased sexual impotence in men that regularly viewed pornography, and a reported lack of control of sexual desires. It was inspired by an interview with NoFap, an online community of people dedicated to holding each other accountable in abstaining from pornography and masturbation.The site clearly states that it is decidedly non-religious.

Matt Fradd, on the other hand, is a Catholic. Fradd has spent much of his adult life urging people to quit pornography, and developing websites and resources to help pornography addicts.

"I wanted to write a non-religious response to pro-pornography arguments," Fradd said.

That's not because he's abandoned his beliefs, or thinks that faith has nothing to say about pornography.

"In an increasingly secular culture, we need arguments based on scientific research, of which there's been much," he said. It's why he cites numerous studies on each page of his book, and why he's included 50 pages of additional appendixes citing additional research.

Fradd is careful to clarify in his book that it is not a book against sex or sexuality. What he does want to do is challenge the way many people have come to think about pornography, and question whether it leads to human flourishing.

"This book rests on one fundamental presupposition: if you want something to flourish, you need to use it in accordance with its nature," Fradd wrote. "Don't plant tomatoes in a dark closet and water them with soda and expect to have vibrant tomato plants. To do so would be to act contrary to the nature of tomatoes. Similarly, don't rip sex out of its obvious relational context, turn it into a commodity, and then expect individuals, families and society to flourish."

But why dedicate a whole book to the scientific effects of pornography?

Fradd said that the sheer volume of pornography consumption makes this an especially urgent book - and it's at least two decades too late. According to one survey, about 63 percent of men and 21 percent of women ages 18-30 have reported that they view pornography several times a week - not to mention those viewing it slightly less often.

"If we have an iPhone we have a portable X-rated movie theater. And some studies suggest children as young as 8 are being exposed to it," Fradd said.

Fradd recalls in his book a study done by Melissa Farley, director of Prostitution Research and Education. When Farley's team set out to do a study about men who buy sex, they had a difficult time finding men who don't do so.

"The use of pornography, phone sex, lapdances, and other services has become so widespread that Farley's team had to loosen their definition of a non-sex buyer in order to assemble a hundred-person control group for their research," Fradd wrote.

Throughout the book, Fradd uses scientific research to debunk numerous and prevailing "myths" or arguments about pornography, including the ideas that pornography empowers women, that it isn't addictive, and that it's a healthy part of sexuality and relationships.

On the personal level, a 2014 study from the Max Planck Institute for Human Development in Berlin found that frequent pornography use in men was associated with decreased brain matter in certain areas of the brain.

"It's not a feather in your cap, either way."

As for whether or not pornography empowers women, Fradd said that while he agrees that a woman who consents to producing pornography is in some sense "better" than a woman who is forced or coerced, it's not by much, because pornography is still being used by the consumer to treat another person as a means to an end.

"No matter the level of consent, it is a manly thing to treat a woman who has forgotten her dignity with dignity nonetheless," Fradd wrote.

"Feminism is about ending the subordination of women. Expanding women's freedom of choice on a variety of fronts is an important part of that, but it is not the whole story. In fact, any meaningful liberation movement involves not only claiming the right to make choices, but also holding oneself accountable for the effects of those choices on oneself and on others," she said in a 2007 talk.

But pornography can also damage the relationships of a single person looking for love.

A 2011 TED talk by psychologist Philip Zimbardo said that studies showed a "widespread fear of intimacy and social awkwardness among men," and an inability to engage in face-to-face conversations with women, Fradd wrote.

"Why? Zimbardo says this is caused by disproportionate Internet use in general and excessive new access to pornography in particular. 'Boys' brains are being digitally rewired in a totally new way, for change, novelty, excitement.'"

And Zimbardo is not alone in his observations. As Fradd notes, neuroscientist William Struthers wrote in 2009 that "With repeated sexual acting out in the absence of a partner, a man will be bound and attached to the image and not a person."

In other words, men can start preferring pixels to people. According to NoFap's statistics in 2013, about half of their users had never had sex with a real person, meaning their only experience of sexual intimacy has been digital.

Studies have also shown that pornography addiction is driven by the increase in amounts, and varieties, of material readily available to anyone with access to the internet.

"People find themselves viewing more and more disturbing pornography, and the reason for this is because of a decrease in dopamine in the brain, which happens because of the addiction one has, and they end up seeking out more graphic, violent forms of pornography just to boost the dopamine enough to feel normal," Fradd said.

While the statistics of pornography can be disturbing and depressing, Fradd stressed that there was still hope. He devotes several chapters in the book to protecting children from pornography, dealing with pornograpy in marriage, and getting help for those addicted to pornography.

Often well-meaning Christians will relegate pornography addictions to the spiritual realm, telling people that they simply need to pray more, Fradd said. And while prayer isn't a bad thing, it doesn't address the psychological aspect of addiction.

Just as you should encourage a clinically depressed person to seek counseling and therapy, you should also encourage someone experiencing addiction to seek professional help, he added.

Fradd said he's also been encouraged by the number of celebrities who have recently spoken out against pornography, such as Pamela Anderson, British comedian Russell Brand, actor Joseph Gordon-Levitt, and former NFL player and "Brooklyn Nine-Nine" actor Terry Crews, to name a few.

Slowly, he said, society is catching up to the science that shows how harmful pornography can be.