Free World Class Education
FREE Catholic Classes
What happens in the Arctic affects us all.

A heatwave is wreaking havoc on the Arctic as the Bering Sea ice melts a month early. These events are far from superficial. They impact native communities in the Arctic, as well as global weather patterns. 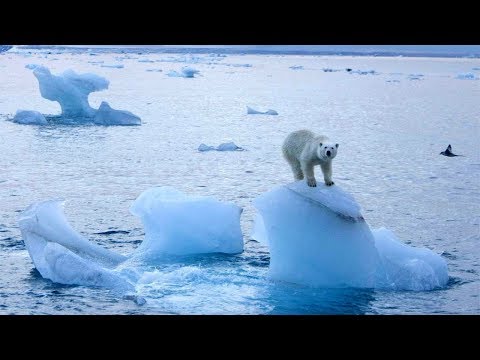 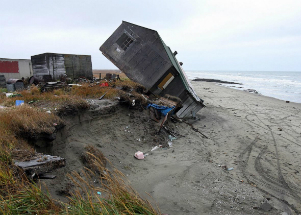 Communities once built on permafrost are being devastated by the warming conditions.

LOS ANGELES, CA (California Network) - The Arctic is an important place. The ice and permafrost above 80 degrees North have a major impact on our weather. The ice reflects the sun's rays back into space, diminishing their warming effect on Earth. The water beneath the ice circulates cold currents south, moderating temperatures in both the Atlantic and Pacific Oceans. Sea temperatures influence storms that impact all of us. The permafrost stores a mighty quantity of methane, a greenhouse gas far more powerful than carbon dioxide. About 4 million people and tens of thousands of unique animals and plant species live in the Arctic.

The region is warming. The warming trend may seem slight and slow, by human standards, but by natures standards, it is apocalyptic.

Like most other regions of the world, a delicate balance exists in the Arctic. Sea ice forms then retreats on schedule. Animals migrate. People hunt, fish, then settle in for the winter, all on a routine schedule that facilitates survival. So long as everything happens on cue, the region thrives.

But human-induced global warming is threatening that balance. Each year, the planet releases a certain quantity of carbon dioxide (CO2) into the atmosphere. That amount varies from year to year, but on the average natural processes manage to take up the CO2, storing it in natural carbon reservoirs, such as forests. While CO2 is poisonous to humans in high concentrations, it is food for plants. But the problem is, we are burning forests to clear space for land, and in so doing we are releasing that stored CO2 back into the atmosphere. Worse, we are also burning coal and oil, which is formed by prehistoric biomass, and adding that CO2 to what nature emits. The end result is more CO2 is being added to the atmosphere than nature can process.

Over time, this has caused a buildup of CO2 in the atmosphere, which in turn causes a slight warming of the Earth's overall temperature via the greenhouse effect. 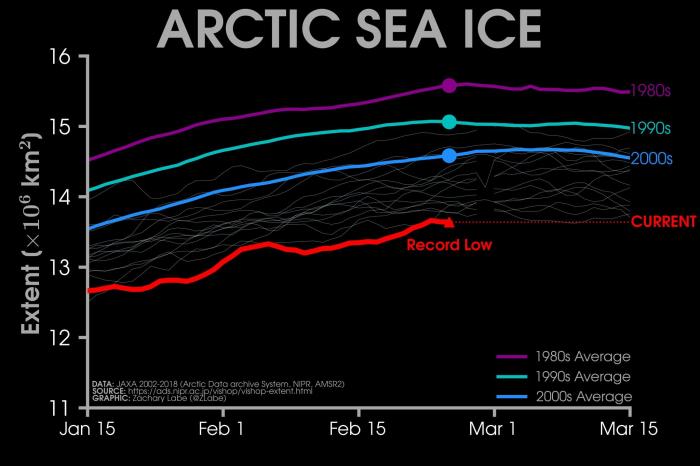 Arctic sea ice is at its lowest extent on record.

While a lot of public attention is focused on the warming, the warming itself isn't the threat. In prehistoric times, the planet has been much warmer than it is now, and life flourished. The problem is the pace of warming.

Nature can cope and adapt to the increased CO2, but it takes a long time. In the past, rises in CO2 have been gradual, usually taking many thousands of years to develop. New species of plants and animals can evolve and adapt within that time. But in the present case, the warming is moving faster than nature can keep up, resulting in rapid extinctions.

Human communities are also impacted by warming. Several coastal Inuit communities have been forced to relocate because thawing permafrost and retreating ice have literally caused their settlements to crumble into the sea. It also makes hunting more difficult, forcing many to either leave their communities or face extreme hardships.

What's happening in the Arctic is affecting all of us. Global weather patterns are disrupted by extreme Arctic weather.  Perhaps counter-intuitively, a warmer Arctic means colder, harsher winters in the Eastern United States. It can also mean, drier, hotter years in the American Southwest. A warmer planet also means more severe and unpredictable weather overall.

Unfortunately, nobody knows what the long-term impacts of the current trends will be. No model is sophisticated enough to account for all of the variables. However, the consensus view is that the future is bad. There exists no scenario where a melting Arctic and species extinctions are good, unless perhaps you are a globalist.

The globalist elites see opportunity where many of us see disaster since the melting Arctic means new shipping routes between Europe and Asia. That means more goods delivered more quickly, for faster consumption. As those goods turn unto waste, much of it plastic which ends up in the oceans, we are tempted to consume even more stuff.

Too many of us see the Earth as a luxury liner when in reality it is more akin to a lifeboat.

The Arctic is a bellwether for us, and it is sounding a warning to the world. We can ignore the warning, but we cannot ignore the consequences.