Is free money a Christian solution to economic problems?

The world is richer and more productive than ever before in history. Yet, income inequality is growing the poverty is on the rise. Middle classes are shrinking as the gap between the rich and poor grows. The right and the left both have solutions, but neither side seems reasonable. Is there a Christian way to reverse this problem? 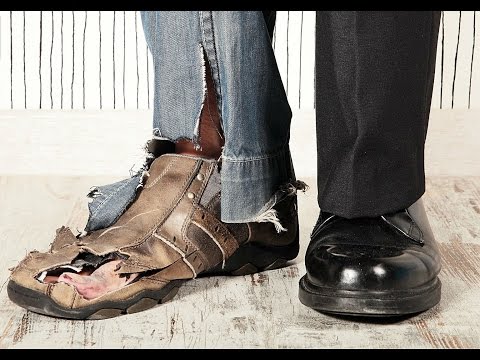 Is there a Christian solution to our economic problems?

LOS ANGELES, CA (California Network) - A major economic crisis is brewing. In the media, the economy is doing great, but this is fake news. Historically, we have measured the strength of the economy by how well Wall Street is doing, but for the last two decades Main Street has been uncoupled and left behind. Today's Wall Street successes don't mean much for Main Street.

Main Street is barely recovering from the Great Recession of 2008. And that recovery may be short-lived. While the 'Trump Economy' means lower taxes and higher wages for workers, there is no reason to believe this brief prosperity will last. The Trump tax cuts for the middle class will expire over the next few years. And while the cuts may have halted a recession, one is coming. If not in 2018, then it is more likely in 2019. And when the recession hits, Main Street will suffer once again.

Economists refer to the occasional boom and bust of the economy as the business cycle. It is normal. The same natural forces that drive the economy up also pull it down. However, in the present age, there is an unholy alliance between wealth and political power, which has allowed the wealthy to accumulate wealth by corrupting politics and the free market, evading taxes, automating production, merging large corporations, and holding wages low. Profits are privatized while losses are socialized, that is passed along to Main Street. That's why Main Street pays but never gets paid.

So when the next recession hits, and lays waste to millions of households, what can we do? Is there a solution?

Conservatives propose ever more tax cuts for the wealthy, suggesting that rich people will reinvest their tax savings into creating more jobs. However, we have seen this doesn't work as advertised. Today's wealthy already hold more wealth than at any time in history, yet instead of creating jobs they are automating as quickly as possible. The jobs they do create are often low paid. Now in 2018, wages are barely starting to rise, and that rise is slight and slow. And it will be short-lived if a recession hits. The present wage increases are not necessarily expected to keep pace with inflation.

Social liberals propose the government play a larger role in taxing the rich and passing money back to the poor. In the short-term, this is something that must happen, given the distribution of wealth which is approaching scandal. But, there must be limits. Eating the rich sounds good in theory, but in practice, it has never worked. Communism, an extreme form of socialism, has never been economically robust. And there are fears that people who are simply given 'free stuff' will not appreciate what they are given, and will not work.

Should we just give people 'free' money? Nothing is ever free, but sometimes the best cure if the most obvious one. However, there are better ways to help people.

In between these radical solutions is a distinctly Catholic idea known as Distributism. The idea is based on the writings of Pope Leo XIII.

Under Distributism, the means of production are distributed as much as possible to the people. That means the farmer owns the land, the tradesman the tools. Ownership is key. In some cases, joint ownership is also acceptable. The idea is if individuals and families own their own means of production they will never be poor and will always be able to sustain themselves by working.

Distributism shuns mergers. Privately owned megacorporations would never exist. Nor would the government be particularly strong either. There is a strong emphasis on democracy and private ownership. This is different from Communism which stresses public ownership via a state apparatus.

Ultimately, Christianity does not advocate for the kind of poverty we still see today.

Poverty can be divided into two classes, relative and absolute. Relative poverty is common in wealthy states, such as the USA. Poor in America means you have only one car for your family.
(a generalization!) Such people are poor only when compared to their middle-class neighbors. Absolute poverty in the USA is uncommon; it does exist, but only in extreme circumstances. Absolute poverty is more common in the 'developing world' where people live on just a few dollars per day of income and lack adequate resources.
Relative poverty will always exist, but in a world awash with wealth and food, we can easily see that absolute poverty should be eradicated. The cost to eliminate such poverty is estimated at $175 billion dollars. Last year, the richest one percent accumulated $62 trillion of new wealth. Given such figures, it is obvious that the problem isn't a lack of money.

One possible solution would be universal basic income or some means of ensuring all people have an economic floor below which they cannot drop. It is easily possible to ensure all people have access to food, shelter, healthcare, education, and a job. A public works department could provide a job to every applicant even if the work were considered menial. The wages would be basic, but enough. Beyond that, all people would be on their own in the free market.

Such a floor could be provided for every person on the planet by taxing only what is needed from the top. This would offset the economic consequences of automation, recession, and other problems. Such a floor would ensure students could leave home at 18, if desired. It would allow women to quit abusive relationships. It would ensure the elderly and the sick have what they need to get by. It could go a long way to eradicating hunger, homelessness, and would wipe out absolute poverty.

And people who are fed, housed and warm, might be more receptive to the Gospel, which would complete the vision.

For now, this idea is considered radical and impractical. But not for any good reason other than the fact the current system is working exactly as it has been designed -- just bear in mind, it was never designed to work for YOU.