It is Not too late for a Musical St. Patrick's Day.

Free World Class Education
FREE Catholic Classes
Does Ireland know what a treasure it has in this man's music? It should tell the world.

The quality of these four works by John Kinsella is such that the fact that all 10 symphonies are not available in recordings constitutes some kind of scandal. There is no room here to give individual impressions of the four symphonies. In general, I would say that Kinsella offers a potent combination of the influences of Bruckner and Sibelius, melded into his own distinctive voice, which bursts forth in volcanic eruptions of brass and timpani, deployed and layered in so effectively that they scale the heights of expression. 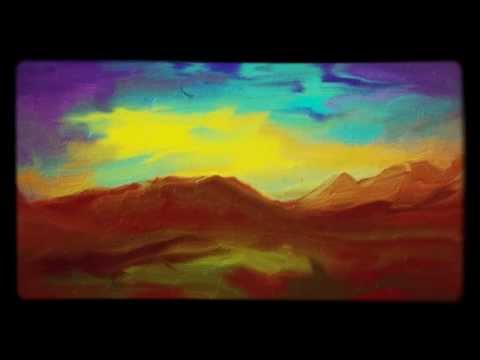 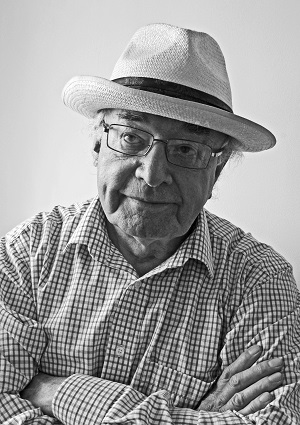 WASHINGTON,DC (Catholic Online) - British music critic and founder of Toccata Classics, Martin Anderson directed my attention to Irish composer John Kinsella (b. 1932) and the CD release of his Sixth and Seventh Symphonies, along with two other orchestral works, by the Irish label, RTÉ lyric fm. I had only vaguely heard of him. I saw a blurb by BBC Radio 3, proclaiming Kinsella "the most significant Irish symphonist since [Charles Villiers] Stanford".

Since I had never been inspired to listen to a Stanford symphony more than once (though I found much to admire in his Requiem and Stabat Mater), this did not lead me to expect much. What were the odds that Kinsella would turn out to be a major symphonist, even though he has 10 such works to his name? Well, the praise turns out to have been a considerable understatement. Here is a composer punching in the heavy-weight class (though there is nothing pugnacious about his music). The works on this disc (CD 134) pack a wallop. They immediately led me to obtain the only other available recording of his symphonic works, a Marco Polo CD (8.223766) containing Symphonies Nos. 3 and 4, made back in 1996.

The quality of these four works is such that the fact that all 10 symphonies are not available in recordings constitutes some kind of scandal. There is no room here to give individual impressions of the four symphonies. In general, I would say that Kinsella offers a potent combination of the influences of Bruckner and Sibelius, melded into his own distinctive voice, which bursts forth in volcanic eruptions of brass and timpani, deployed and layered in so effectively that they scale the heights of expression.

The acknowledgment of Sibelius is explicit in the Seventh, about which Kinsella wrote, "It would be true to say that this work was written with a keen awareness of Sibelius' Seventh Symphony". This is in the way of homage rather than imitation. The same is true of the Bruckner influence, evident in Kinsella's ability to build symphonic moments of overpowering mass and uplift. He wrote that "parts of my Third Symphony visit Bruckner's sound world . . . The work is entitled 'Joie de Vivre' but it about the joy of 'Being alive' rather than the standard interpretation of that phrase". Dedicated to his parents, "Part one is the masculine section", he writes, "part two is the feminine", and he is the coda.

The brilliance of his highly imaginative, fantastical orchestration did not lead me to think of Stanford, but of Berlioz. A first-chair musician from a major orchestra to whom I introduced the Kinsella symphonies, wrote to me: "He certainly loved the bassoon, I must say. He's like Mahler was to the trumpet towards the bassoon. Even within familiar tonal language, he strikes me as quite unique in the colors and feelings he achieves. That's hard to do standing on the shoulders of so many greats that came before".

This is viscerally thrilling music, thoroughly engaging, rhythmically propulsive, and essentially lyrical. By emphasizing the massive, electrifying deployments of brass and timpani, I do not mean to slight Kinsella's equally effective evocations of stillness and joy. The performances by the RTÉ National Symphony Orchestra must have warmed the composer's heart. By all means (and you can easily find it on the Internet), obtain a copy of this RTÉ lyric fm CD, so that you can hear what I am talking about. Then see if you can track down a copy of the Marco Polo CD.

More of the still and contemplative side of Kinsella is available on a CD from the Irish Chamber Orchestra on its own ICO label, (available at: http://www.irishchamberorchestra.com/backstage/purchase-cd/ or at Amazon.co.uk, or as MP3 from Amazon and other internet sites). The CD is titled "Hommage: John Kinsella", and offers some wonderful string music: Symphony No. 9; Hommage a Clarence; Nocturne for Cello and String Orchestra; Elegy for Strings; and Prelude and Toccata for String Orchestra. I wondered how Kinsella, shorn of his virtuoso abilities for orchestration, would fare with strings alone. The answer is: quite as well as did Britten, Holst, or Bridge in their string works.

The Symphony is actually quite spirited, with an infectious rhythmic vivacity, and highly transparent writing that plays off both Johann Cruger's and J.S. Bach's versions of the hymn tune Jesu meine Freude. The Presto impetuoso movement is pure exhilaration. The still part comes in the deeply ruminative Largo, which is almost Arvo Part-like in its approach to the very edge of silence.

This is followed by a highly animated Allegro, and capped off with a sprinting Vivace. Hommage begins with Sibelian murmuring in a string ostinato, with an exquisitely tender lament in the solo violin. It is a tribute to fallen violinist friend. Nocturne for Cello and String Orchestra is Kinsella's equivalent to Samuel Barber's Adagio for Strings. It is ravishingly beautiful. Elegy for Stings is the moving slow movement of the Ninth Symphony recast as a free-standing work. This well-played CD is worth the search.

Urtext Digital Classics (JBCC 083) offers Kinsella's Cello Concerto, written for cellist Carlos Prieto in 2000, accompanied by Shostakovich's Cello Concerto No. 1 and Celso Garrido-Lecca's Cello Concerto, with the Orquesta Sinfonica de Xalapa, under Luis Herrera de la Fuente. Kinsella's 25-minute virtuoso work is almost like one giant cadenza, with an incredibly long-lined and very memorable melody for the cello, fabulously framed with his imaginative orchestration. But clearly the cello is the star here. Why isn't this work in the repertory?

Does Ireland know what a treasure it has in this man's music? It should tell the world.

Robert Reilly is a writer and senior fellow at the American Foreign Policy Institute. He has served in the White House as a Special Assistant to the President (1983-1985), and spent more than seven years with the Intercollegiate Studies Institute, as both national director and then president.  He has published widely on foreign policy, "war of ideas" issues, and classical music. His latest books are Making Gay Okay; How Rationalizing Homosexual is Changing Everything, The Closing of the Muslim Mind: How Intellectual Suicide Created the Modern Islamist Crisis, and, forthcoming from Ignatius Press, Surprised by Beauty: A Listener's Guide to the Recovery of Modern Music.