Converging and Convincing Proof of God: Perfection is Real

Free World Class Education
FREE Catholic Classes
Like St. Anselm, let us rise up to God--that than which nothing greater can be conceived--with two wings.

St. Anselm went from faith and from prayer to reason in a sort of existential continuum.  But there is no reason that one cannot take his proof and step up by the use of reason alone to see that it is reasonable to believe in God, and then from that threshold to take the further step further by an act of faith and prayer. 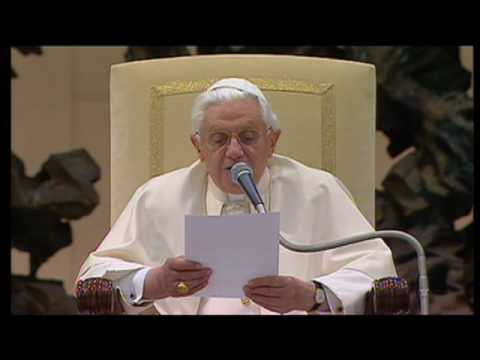 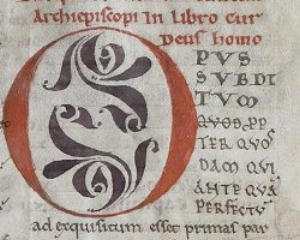 CORPUS CHRISTI, TX (Catholic Online) - In prior articles of this series on converging and convincing proofs of God, we have spoken about the illative sense.  Following that, we explored proofs of God's existence based upon the existence of desire and truth.  In this installment, we will focus on a unique argument, the "unum argumentum," that came to St. Anselm of Canterbury (ca. 1033-1109) one day in sudden inspiration after praying Matins, and which he bequeathed to us in the work entitled Proslogion.  It has been called the ontological argument.

In itself, the argument is quite simple.

It starts with a definition of God, a definition that can be accepted by anyone, including the fool who says in his heart that there is no God. (Cf. Ps. 14:1).

Importantly, even an atheist can understand such a concept.  That sort of concept exists in his mind, although he would deny (though, as St. Anselm would show, inconsistently) that the being identified by such a concept has existence outside his mind.

The atheist can also conceive in his mind the possibility that such a perfect being can exist outside of his mind, if for no other reason than to deny it.  (How can he deny it, if he cannot conceive that that than which no greater can be thought may also exist?)  So the atheist can conceive that "that than which a greater cannot be thought" can exist both in his mind and outside of his mind, that is to say in reality also.

This puts the atheist in an immediate quandary because he has two thoughts in his mind that contradict each other.

He cannot hold both concepts simultaneously, and the former must yield to the latter, and so that than which a greater can be thought must exist both in the mind and in reality.  This necessarily means that God exists in reality.

"Therefore there is absolutely no doubt that something than which a greater cannot be thought exists both in the mind and in reality."

In other words, the very thought of the concept of God would seem to require, as a necessary corollary, that God also exists.  This is the only way to avoid the quandary.

The proof has given many doubters many fits.  Even the atheist Bertrand Russell is said to have exclaimed one day after having bought a tin of tobacco, "Great God in Boots!--the ontological argument [of St. Anselm] is sound!"  But it didn't seem to dissuade him from his disbelief, though he admitted that "it is easier to feel convinced that [the ontological argument of St. Anselm] must be fallacious than it is to find out precisely where the fallacy lies."

Frequently, Immanuel Kant has been invoked to disprove St. Anselm's ontological proof.  Kant's argument against St. Anselm works if existence adds something to the concept in the mind, for then the two concepts are different, and being different cannot contradict each other.  But Kant's disproof fails if we understand St. Anselm to mean that existing in reality (in re) "means belonging to experience as a whole, which experience cannot but be informative about the realm of the real."

According to Aidan Nichols, St. Anselm's argument is "founded upon the language of perfection."  St. Anselm's definition of God--that than which a greater cannot be conceived--is equivalent to proposing the "the unconditionally perfect."  If, we can talk of God in this way, and if we can conceive of God in this way, then Anselm's proof "rules out the possibility of intelligently denying God's existence."

Aidan Nichols explains why the language of perfection suggests the reality of perfection.  Language dealing with external objects (say, for example, an apple) participates in a "shared public realm," in other words, something outside the self.  Otherwise, we would not be able to communicate with each other, for language, if not about something outside of us, would be meaningful only to one's self.  But it's clearly not.

When we use a word such as "apple," it has a meaning for us, but it also has a public meaning, a conventional meaning, and one that it based upon reality.  Otherwise, our friend would not understand what we mean by "apple" if we asked him for one.  He understands what we mean by "apple," and he understands it as something real, because that shared concept of "apple" has a basis in reality.

Suppose, however, that we use the word "squared circle."  Such a word has no meaning to us, nor a public meaning, nor a basis in reality, though the individual references in the word by themselves, "square" and "circle," do.  If we asked our friend for a "squared circle" he would not be able to understand what we meant, and would probably think us insane since we are asking for something that has no basis in reality.

Words can also be used in a manner that exploits their basis in reality, though they do not deal in real things.  For example, if we refer to mythical "unicorns," what we do is paste together words and therefore concepts that are based upon reality but which are put together to mean not something nonsensical, but only something unreal.  Thus a unicorn is a "white" "horselike creature" with a "single straight horn" projecting from its "forehead."  It is a fictitious patchwork of things which, separately, have a basis in reality.

St. Anselm, of course, realized that this concept that existed in reality--that than which nothing greater can be conceived--was a person, and had a name.  This he knew by faith before he ever starting thinking about it.  But the proof he gave of God is based on reason alone, and for it he worked backwards as it were, from faith to reason.  His proof is therefore a priori, and not a posteriori, as most proofs of God based upon reason are.  This was true to his motto fides quaerens intellectum: faith seeking understanding.

St. Anselm went from faith and from prayer to reason in a sort of existential continuum.  But there is no reason that one cannot take his proof and step up by the use of reason alone to see that it is reasonable to say that God exists, and then from that threshold to take the further step further by an act of faith and prayer and believe in the God who became man.

"The God who is the Lord of the Church is also the God of the inquiring mind," says Aidan Nichols.  This linking of St. Anselm's ontological proof of God with the God Abraham, Isaac, Joseph, and Jesus Christ echoes the words of Blessed John Paul II in his encyclical on the relationship of faith and reason, Fides et Ratio: "Faith and reason are like two wings on which the human spirit rises to the contemplation of truth."

Like St. Anselm, let us rise up to God--that than which nothing greater can be conceived--with two wings.