Free World Class Education
FREE Catholic Classes
'We will not carry any money and we will sort of beg. We hope people will provide us with apples and granola bars.'

Dominican Fathers Francis Orozco and Thomas Schaefgen were inspired to make a 478-mile pilgrimage from New Orleans to Memphis, Tenn. entirely on foot and without a single dollar between them. 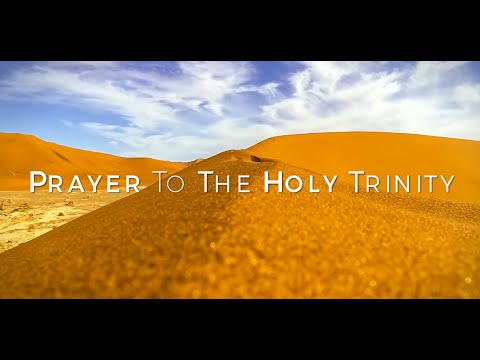 It was after the two saw the Martin Sheen film that they felt inspired to take a pilgrimage across the United States.

According to Catholic News, the friars realized the United States didn't have an established pilgrimage.

"We had both studied abroad in Spain, but we thought, why don't we do something more local, something in this country?" Father Orozco explained.

Father Shaefgen added: "We looked up places, and there really weren't any established pilgrimages in the U.S., so we said, 'Let's make up our own.'"

The duo decided to take the pilgrimage, dubbed "Friars on Foot," from New Orleans to Memphis, Tennessee beginning after the 11 a.m. Mass at St. Anthony of Padua Church in New Orleans on May 29.

The friars hope to arrive in Memphis June 29.

Along their pilgrimage, both friars will don their white Dominican habits and carry small backpacks containing water, sunscreen and other such essentials.

Neither will be carrying money or cellphones.

Father Orozco told the Clarion Herald: "We want to do this very minimally. We will not carry any money and we will sort of beg. We hope people provide us with apples and granola bars.

"We don't plan to use any money. We will carry ID cards and medical insurance cards in case that's needed."

A website dedicated to tracking the friars' progress is already online and will help the duo along their way.

"We've compromised with our superior that we will have somebody update the website every time we reach a destination," Father Orozco explained.

On their Facebook page, the friars posted a picture of their shoes, captioned, "For all those who asked: yes, we have good shoes!"

Another entry revealed how close the friars are to being fully prepared for their journey: "Yes, we have those too. And we did that. Yep, we thought about that too. It's happening! This Sunday, May 29, 11:00 am, St. Anthony of Padua, New Orleans!"

Their Twitter page will also offer updates as the friars tackle the difficult pilgrimage entirely on foot.

The friars plan to spend their nights at Catholic churches or with Catholic families along their journey and will celebrate Mass and give history and vocation talks about the Order of the Preachers.

They expect to average about 16 miles each day and have encouraged others to join them for an hour or two along the way.

"We will have a pilgrim rule, and part of it will be to pray the rosary and the Liturgy of the Hours every day, but that won't take up the entire time," Father Orozco explained. "If there are people with us, we can talk about whatever they would like to talk about."