Free World Class Education
FREE Catholic Classes
'We pray that the music on this album will contribute to a more profound belief, adoration, hope and love...'

Benedictine nuns in Missouri recently released their latest album Adoration at Ephesus - and it is amazing! 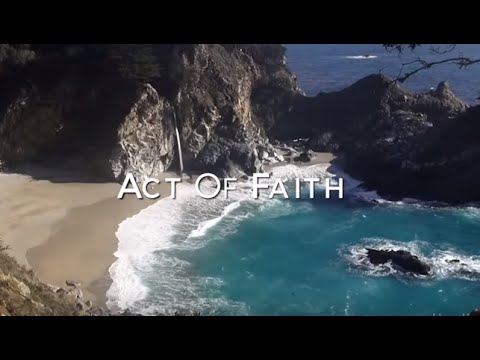 LOS ANGELES, CA (Catholic Online) - Mother Cecilia, the prioress of the Benedictines of Mary, Queen of Apostles, told Catholic News Agency the music was created to help people form "a more profound belief, adoration, hope and love ... in the Blessed Sacrament among many, many souls."

The album, Adoration at Ephesus is 24-tracks-long with songs in both English and Latin. Each song is in honor of the Blessed Sacrament and all proceeds from sales of the album will go toward the sisters' new monastic church.

"The chapel in which we now pray was conceived as a temporary one," Mother Cecilia told CNA. "As the community grows and the hospitality apostolate expands, the necessity of undertaking the design and building of a new church has become a pressing reality. In  releasing Adoration at Ephesus, it is our hope to use the funds raised for the construction of a house of prayer - a new edifice where the Lord may truly be adored in spirit and in truth.

"We have been so touched thus far by the generous response our friends have shown in adding donations for the Church to their pre-orders. It has been tremendously inspiring."

The album is deeply linked to the apparitions at Fatima and the month of its release coincides with the 100th anniversary of the first appearance of the angel to the three children near Fatima.


"I was simply astounded that our album corresponds so perfectly and intimately with the message he brought to the children of the world," Mother Cecilia added. "If one word had to be chosen to summarize that message, it would be: adoration. We pray that all souls will adore our Eucharist Lord with great faith, love, reverence and thanksgiving!"

She continued to explain how the new chapel would be built on faith and charity from "friends and spiritual family" from across the nation.

"Their faith provides the living stones with which we press on, striving to raise up a beautiful house for God."

She further explained the album contains music the sisters sing for Eucharist adoration.

"The Sisters gather for Exposition of the Blessed Sacrament every Sunday, Thursday, and Solemnity for just over an hour. As the priest first places Our Lord in the monstrance, we sing a hymn to greet Him."

After greeting the Lord, there is a moment of reverent gratitude for His presence in the Blessed Sacrament, chanted Vespers, then a communal rosary.

Mother Cecilia stated, "Then there is time for silent prayer, as we converse heart to Heart with the One whom we love." Before Benediction, the sisters sing a Tantum Ergo, the hymn traditionally concluding with communal Adoration.

"After Benediction and the Divine Praises, as Our Lord is placed back in the tabernacle, we chant a final reposition hymn in His honor. There are a variety of these 'farewell' hymns on the disk, and (we) were sure to include two of the most well-known, Holy God, We Praise Thy Name and Adoremus in Aeternum."