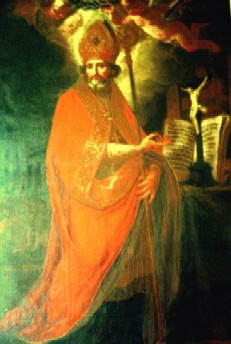 Eusebius of Rome A physician of Greek descent, St. Eusebius reigned for six months in 310. The rigorist controversy, whether the church should readmit the lapsed, continued. Eusebius believed that the lapsed could be reconsiled to the church after they had done penance, and his opponent, Anaclitus, believed that the lapsed were outside the church and could not be reconsiled to the church. The rift caused Emperor Maxentius to charge both parties with disturbing the peace and to exile the pope and his opponent to Sicily, where Eusebius died.