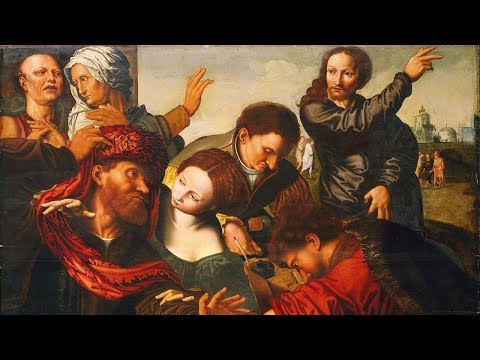 Little is known about St. Matthew, except that he was the son of Alpheus, and he was likely born in Galilee. He worked as a tax collector, which was a hated profession during the time of Christ.

According to the Gospel, Matthew was working at a collection booth in Capernaum when Christ came to him and asked, "Follow me." With this simple call, Matthew became a disciple of Christ.

From Matthew we know of the many doings of Christ and the message Christ spread of salvation for all people who come to God through Him. The Gospel account of Matthew tells the same story as that found in the other three Gospels, so scholars are certain of its authenticity. His book is the first of the four Gospels in the New Testament.

Many years following the death of Christ, around 41 and 50 AD, Matthew wrote his gospel account. He wrote the book in Aramaic in the hope that his account would convince his fellow people that Jesus was the Messiah and that His kingdom had been fulfilled in a spiritual way. It was an important message at a time when almost everyone was expecting the return of a militant messiah brandishing a sword.

It is thought he departed for other lands to escape persecution sometime after 42 AD. According to various legends he fled to Parthia and Persia, or Ethiopia. Nothing is recorded of Matthew's passing. We do not know how he died, if his death was natural or if he was martyred.

Matthew was a tax collector and is therefore the patron saint of bankers. The Church established St. Matthew's feast day as September 21.

O Glorious St. Matthew, in your Gospel you portray Jesus as the longed-for Messiah who fulfilled the Prophets of the Old Covenant and as the new Lawgiver who founded a Church of the New Covenant.
Obtain for us the grace to see Jesus living in his Church and to follow his teachings in our lives on earth so that we may live forever with him in heaven. 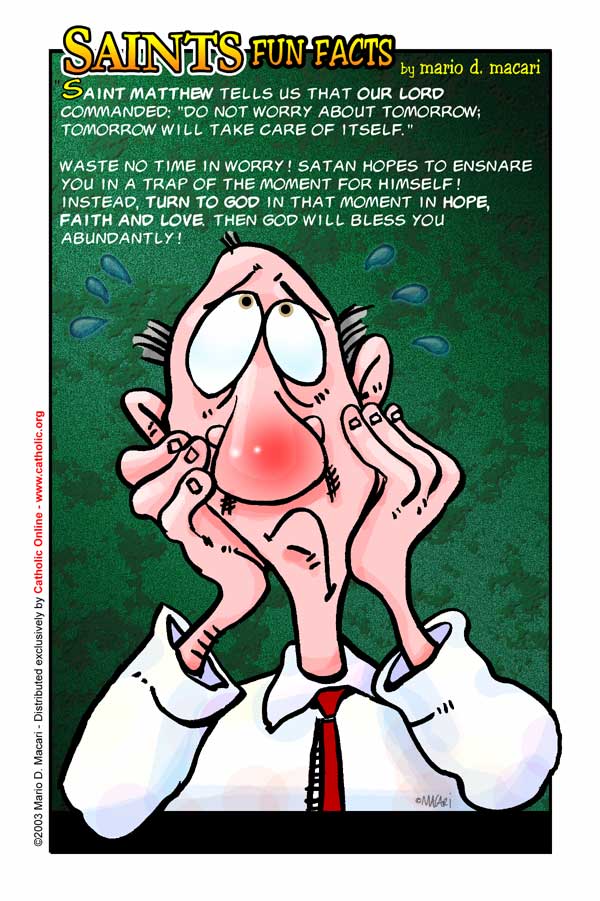