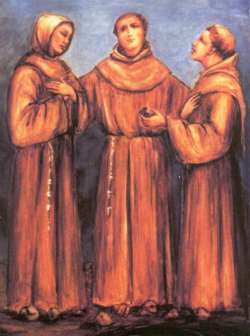 Samuel Marzorati was born in Biumo Inferiore, district of Varese (Italy) on September 10, 1670, near the Franciscan convent of the Annunciation, where he spent the first years of his life. At 22 he entered the Franciscan convent, so-called "Reformed", Lugano (Switzerland). Soon asked to go on missions, and superiors sent him to Rome, erected in St. Peter's College in Montorio to prepare those who were to be sent to mission lands. Completed their training, was entrusted with another task, but then joined the mission in Ethiopia.