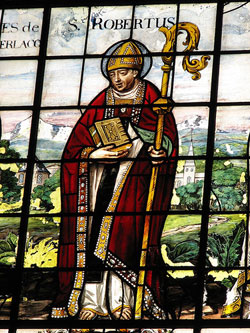 Robert Of Newminster, Saint, Abbot, (Benedictine) Cistercians (1100-1159) A priest from North Yorkshire who took the Benedictine habit at Whitby and obtained permission to join some monks of York who were attempting to live according to a new interpretation of the Benedictine rule at Fountains abbey (1132). Fountains soon became Cistercian and one of the centres of the White Monks in N. England. Newminster abbey in Northumberland was founded from it in 1137, and Robert became its first abbot. He is described as gentle and merciful in judgement. His feast day is June 7.