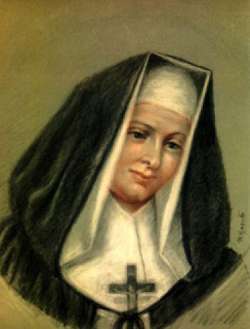 Blessed Marie Louise Trichet also known as Marie-Louise de Jésus was a French Catholic figure who, with Saint Louis de Montfort, founded the Congregation of religious women called Daughters of Wisdom and since the age of seventeen devoted her life to caring for the poor and the sick. She is also referred to as the First Daughter of Wisdom. She was beatified by Pope John Paul II and currently awaits canonizaton.