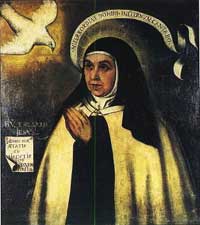 Teresa was the eldest daughter of King Sancho I of Portugal and sister of SS. Mafalda and Sanchia. She married her cousin, King Alfonso IX of Leon. The couple had several children, but when the marriage was declared invalid because of consanguinity, she returned to Portugal and founded a Benedictine monastery on her estate at Lorvao. She replaced the monks with nuns following the Cistercian Rule, expanded the monastery to accommodate three hundred nuns, and lived there. In about 1231, at the request of Alfonso's second wife and widow, Berengaria, she settled a dispute among their children over the succession of the throne of Leon, and on her return to Lorvao, she probably became a nun. Her cult, with that of her sister Sanchia, was approved by Pope Clement XI in 1705. Her feast day is June 17. 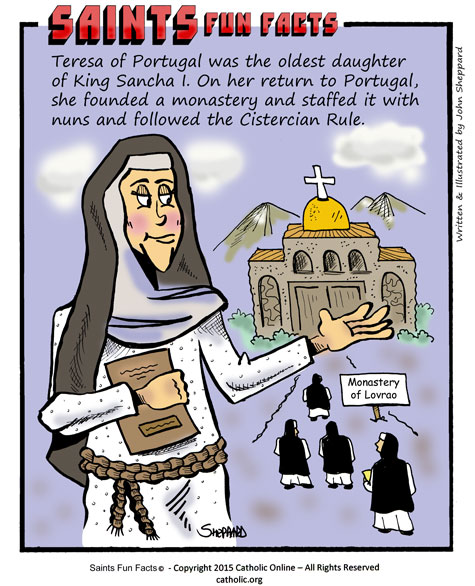