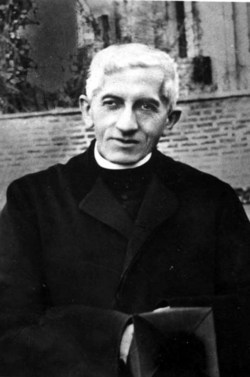 He was a diocesan priest of the diocese of Turin and rector of the Shrine of Our Lady Consolata for forty years. Deeply in love with Mary under this title and open to the Spirit's promptings, he responded to the discerned will of God to form a group of priests and brothers called to share the Gospel in Africa.

As the Christian Community grew in number, it became evident that priests and brothers couldn't cater for the needs of women and children. From this realization the presence of Sisters in the Mission field was conceived. Joseph Allamano expressed this concern to the pope Pius X during a visit to the Vatican.