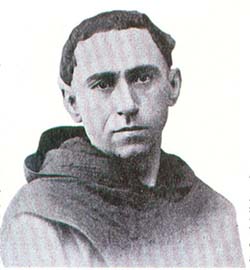 Ezequiel Moreno y Díaz, also Ezekiel Moreno y Diaz was a member of the Order of Augustinian Recollects and now venerated as a Saint in the Roman Catholic Church. He was born on 9 April 1848 in Alfacro, La Rioja, Spain and later on served as a missionary to the Philippines. He also became the Bishop of Pinara and later of Pasto, both in Colombia. His brother Julián Moreno, OAR is also venerated as a Blessed because of his martyrdom in Motril. He is invoked as the Patron of Cancer Patients.