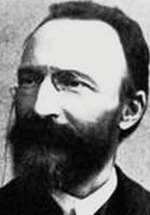 Also known as Bartolo Longo; Bartolomea Longo; Bartolomeo Longo di Latiano; Brother Rosary; Fratel Rosario; Herald of the Blessed Virgin Mary's Rosary; and Man of Mary. A son of a physician, Longo was born financially well off, and received a good education, both secular and Christian, and attended a Piarist school until age sixteen. Raised in a pious family, they prayed the Rosary together each night. An excellent student, he was skilled in literature, oratory, fencing, dancing, music, and other arts, could play flute and piano, directed a school band; was also known to be restless, and had difficulty sitting through classes. Studied law at the University of Naples where received his degree in 1864, but where he fell into a dissolute and worldly life.

Following a philosophy class taught by a fallen-away priest, Longo moved from indifference to the Church to ridicule, to open hostility. He participated in street demonstrations against the Pope, then dabbled in occult nonsense like magnetism and spiritism, tipping tables and contacting the spirit world through mediums. Burning his bridges, he finally became a Satanist, and with some further study, a Satanist priest.

Bartholomew's family and friends refused to give up on the young man, praying for his return to the faith, and pecking away at his interest in Satan. Vincente Pepe, a respected professor from his home town, convinced him to turn from the occult, and a Dominican friar named Father Albert guided him through his return to the Church in a process we would today call deprogramming. Longo finally recovered his senses and his faith, and became a Dominican tertiary on 25 March 1871, taking the name Fratel Rosario (Brother Rosary).

Bartholomew wanted to do something to make amends for his apostasy, and began preaching against the occult in the places where college students frequented. Father Albert helped him join a group of local lay people working for the poor. Seeing the terrible, grinding poverty that was the lot of most, he wanted to do something to help, and had a sudden inspiration that the Rosary would become the key. He established a shrine of Our Lady of the Rosary in the valley of Pompei and used up a discarded painting of Mary under that title. Pilgrims came, miracles occurred, the crowds grew, and the local bishop asked Bartholomew to construct a new church. Work on the church began in 1876, it was dedicated in 1887, given to the papacy on 19 February 1894, was designated a basilica in 1901 by Pope Leo XIII, and today receives about 10,000 pilgrims a day.

Bartholomew and Mariana, the widowed Countess di Fusco, constructed other charitable institutions nearby forming what became known as the City of Charity or City of Mary. To staff the orphanage in the City, Longo founded the Daughters of the Rosary of Pompeii.

He established a trade school for the Sons of the Imprisoned, boys whose fathers were in jail, and placed it under the direction of the Brothers of Christian Schools. The success of the school disproved the contemporary assumption that children of criminals were doomed to be criminals themselves, and in 1922 he established a sister school for the daughters of prisoners.

Because Bartholomew and Mariana worked together so much, gossip developed that they were romantically involved. To prevent their good work from being tainted by this talk, the two married in April 1885, but lived together celibately in keeping with private vows. It was not enough for some, however, and in the first years of this century he was accused of adultery, profiteering, dishonesty, even insanity. In 1906, Pope Saint Pius IX asked Longo to retire as administrator for the good of the City, and he did, handing it over to the papacy, and taking a job in the City as a regular employee. Made a Knight of the Guard Cross of the Holy Sepulcher in 1925.