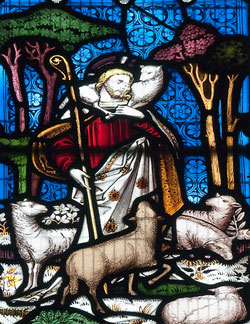 Edith of Wilton was the daughter of King Edgar of England and Wulfrida. She was born at Kensing, England, and was brought as a very young child to Wilton Abbey by her mother, who later became a nun there and Abbess. Edith became a nun when fifteen, declined her father's offer of three abbacies, and refused to leave the convent to become queen when her half-brother, King Edward the Martyr was murdered, as many of the nobles requested. She built St. Denis Church at Wilton. Her feast day is September 16.