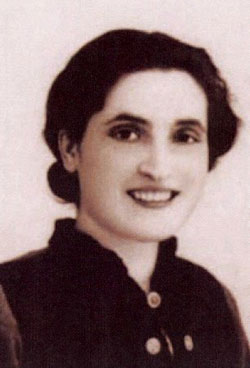 From the age of seven, Pina Suriano, of Partinico, Italy, was an active member of the Catholic Action lay apostolate. She longed to give herself more fully to God in the religious life, but her parents were so bitterly opposed to her vocation that they declared it was "better to have a dead daughter than one who was a nun." As an obedient daughter, Pina agonized over this conflict. She experienced a dark night of the soul, as revealed in her diary: "I feel alone and without help, human or divine, abandoned even by the One who is my entire life." Eventually Pina's parents dropped their opposition to her vocation, but soon afterward she was found to be medically unfit for convent life. Despite her sorrows, Pina was sustained by an all-consuming love for Christ, to whom she prayed, "Jesus, make me more and more your own. Jesus, I want to live and die with you and for you." At the age of thirty-three, Pina made in the presence of her parish priest an offering of her life for the sanctification of priests. Two years later, on May 19, 1950, while preparing to go to Mass, she suffered a fatal heart attack.