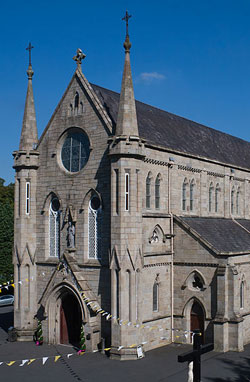 Cronan, of Offaly, Ireland, founded a monastic community at Puayd. Thereafter, he moved from place to place fifty times so as to donate each dwelling he left behind to a needy hermit. Subsequently, he settled at Seanross to live in solitude, but later founded a monastery at Roscrea. Toward the end of his life, he was afflicted with blindness. There is a miracle attributed to Cronan that carries with it a touch of humor. On one occasion, lacking a beverage for his guests, he is said to have miraculously obtained by his prayers so much beer for them that they all became inebriated.
Continue reading about St. Cronan of Roscrea