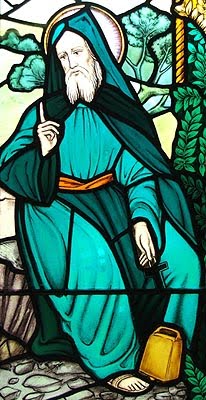 Beuno's untrustworthy legend has him a monk in Wales who founded his own community and performed numerous miracles, among them, restoring St. Winifred's head after she was beheaded. However, he does seem to have been an effective preacher who evangelized much of North Wales and founded a monastery at Clynnog Fawr (Carnavonshire). His feast day is April 21st.