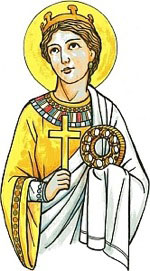 Also Peter Regalado, Franciscan reformer. Peter was born at Valladolid, Spain, to a noble family, and entered the Franciscan Order in his native city at the age of thirteen. After several years, he transferred to a far more austere monastery at Tribulos, where he became known for his severe asceticism as well as his abilities to levitate and enter into ecstasies. A success as abbot, he gave himself over to bringing needed reforms to the monastery and to promoting reforms in other Franciscan houses. For his zeal in adhering to the rules of the community he was designated Regulatus.