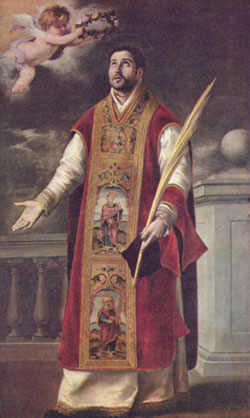 Martyrs of Spain. Roderic, also called Rudericus and Rodrigo, was a priest at Cabra who was assaulted by his two brothers, one a Muslim and the other a lapsed Catholic. He was denounced by the Muslim brother and imprisoned for falling away from the Islamic faith. Roderic proclaimed that he had always been a Christian, but was charged with apostasy. In prison, he met Salomon, a man under the same charge. They were beheaded at Cordoba after a long period of imprisonment.