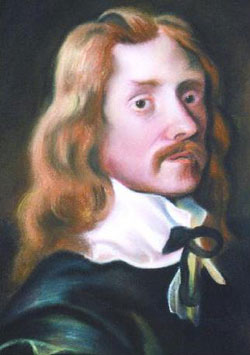 One of the Forty Martyrs of England and Wales. Also called Richard White, he was born in Montgomeryshire, Wales, in 1547, and stud­ied at Cambridge University, England. Converted from Protestantism, he returned to Wales in 1562, married, had six children, and opened a school. Arrested in 1579, he spent four years in prison before his execution by being hanged, drawn, and quartered at Wrexham on October 15, for being a Catholic. While jailed, he com­posed many religious poems in Welsh. He is considered the protomartyr of Wales and was included among the canonized martyrs of England and Wales by Pope Paul VI in 1970.