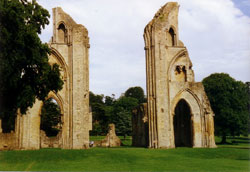 Benedictine abbot and martyr. Born at Wrington, Somerset, England, he entered the Benedictines at Glastonbury and studied at Cambridge. Elected abbot of Glastonbury in 1525, he had the difficult task of ruling at the launch of the infamous Dissolution of the Monasteries by King Henry VIII of England. Arrested for refusing to surrender his celebrated abbey into the hands of the crown, he was condemned as a traitor and hanged on Tor Hill, overlooking Glastonbury, with Blesseds Roger James and John Thorne.