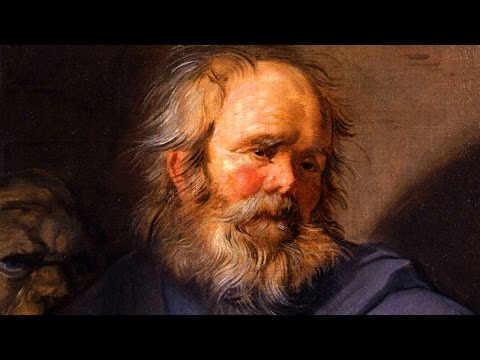 Much of what we know about St. Mark, the author of the Second Gospel, comes largely from the New Testament and early Christian traditions. Mark the Evangelist is believed to be the 'John Mark' referred to in the Acts of the Apostles, the history of the early Church found in the Canon of the New Testament.

He was the son of Mary of Jerusalem (Acts 12:12) whose home became a meeting place for the apostles. He is also the cousin of St. Barnabas (Colossians 4:10), a Levite and a Cypriot.

Mark joined St. Paul and St. Barnabas on their first missionary journey to Antioch in 44 A.D. When the group reached Cyprus, Christian tradition holds that Mark left them and returned to Jerusalem, possibly because he was missing his home (Acts 13:13). This incident may have caused Paul to question whether Mark could be a reliable missionary. This created a disagreement between Paul and Barnabas and led Paul to refuse Mark's accompaniment on their second journey to the churches of Cilicia and the rest of Asia Minor.

However, it can be assumed the troubles between Paul and Mark did not last long, because when Paul was first imprisoned, Mark, who was at the time in Rome with plans of visiting Asia Minor, visited him as one of his trusted companions (Col 4:10).

Mark's hopes to visit Asia Minor were most likely carried out, because during Paul's second captivity and just before his martyrdom, Paul wrote to Timothy at Ephesus advising him to "take Mark and bring him with you [to Rome], for he is profitable to me for the ministry" (2 Timothy 4:11). If Mark returned to Rome at this time, he was probably there when Paul was martyred.

According to Christian tradition, Mark also held a close relationship with St. Peter, who referred to Mark has 'his son' in his letter addressed to a number of churches in Asia Minor (1 Peter 5:13). Clement of Alexandria, Irenaeus and Papias all indicate that Mark was an interpreter for Peter.

Although Papias states Mark had not personally heard the Lord speak firsthand and, like Luke, Mark was not one of the twelve apostles, some believe Mark was likely speaking of himself when he wrote the description of Jesus' arrest in Gethsemani. "Now a young man followed him wearing nothing but a linen cloth about his body. They seized him, but he left the cloth behind and ran off naked" (Mark 14:51-52).

St. Mark lived for years in Alexandria, where he died as a martyr while being dragged through the streets.

Mark's Gospel was probably written between 60 and 70 A.D., and was based upon the teachings of St. Peter. It is believed Mark provided both Luke and Matthew with basic sources for their Gospel's.

He was probably the first bishop of Alexandria, Egypt and the founder of the Church of Alexandria, although he is not mentioned in connection to the city by either Clement of Alexandria nor by Origen.

In 828, relics of St. Mark were stolen from Alexandria and taken to Venice, Italy. There they are enshrined in a beautiful cathedral dedicated to the saint.

St. Mark's symbol is a winged lion. This is believed to be derived from his description of St. John the Baptist, as "a voice of one crying out in the desert" (Mark 1:3). The wings come from Ezekiel's vision of four winged creatures as the evangelists.

He is often depicted as writing or holding his Gospel. He is sometimes shown as a bishop on a throne or as a man helping Venetian sailors.

St. Mark is the patron saint of Venice. His feast day is celebrated on April 25.