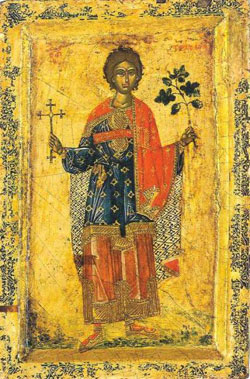 Martyr popular in the early Greek Church, also called Trypho. He was supposedly a gooseherder near Apamea (modern Syria) who was executed at Nicaea (modem Turkey) under Emperor Trajanus Decius. Attached to his feast day since the eleventh century have been two other saints, Respicius and Nympha, of whom nothing is known. Owing to the lack of documentation, the cult was suppressed in 1969.