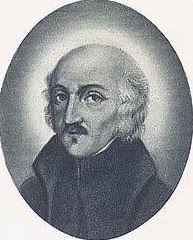 Jesuit martyr of England, also called William Barrows. Born in Lancashire in 1609, he studied at St. Omer, France, where in 1632 he became a Jesuit. Returning to England in 1645, he labored in London on behalf of the Catholic mission for more than thirty years. Condemned falsely for complicity in the so-called Popish Plot, he was executed at Tyburn with five other Jesuits, He was beatified in 1929.