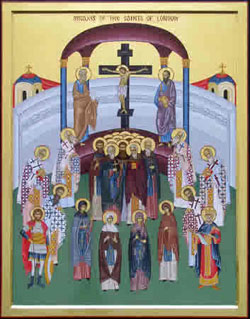 WuIfhilda (d.c. 1000) + Benedictine abbess. Probably a member of the Anglo-Saxon nobility, she was much sought after by King Edgar (r. 957-975) for her hand in marriage while a novice at Wilton Abbey. She refused his proposal and finally won his permission to become a nun. She eventually became abbess of the convents of Barking and Ilorton, serving from 993 as abbess of both houses. Feast day: September 9.