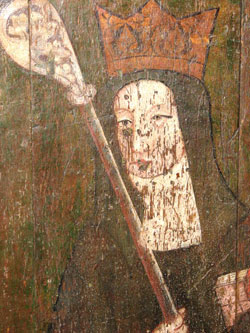 Withburga (d.c. 743) + Virgin and Benedictine nun. The youngest daughter of King Anna of East Anglia, England (d. 653). Following the death of her father in battle, she moved to Dereham where she established a nunnery and a church. She died with the church unfinished, on March 17. Her remains were later stolen by monks who enshrined her in Ely. A fresh spring, called Withburga's Well, sprang up at her grave in Dereham. Feast day: July 8.