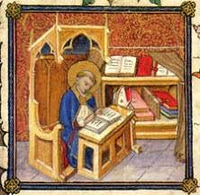 Benedictine abbot, sometimes listed as Walbert and Gaubert. Born a Frankish nobleman, he gave up the aristocratic and military life to enter the monastery of Luxeuil, France. There he lived as a hermit for a time, but after the death of Abbot St. Eustace he was elected abbot in 628. As head of the monastery for some forty years, he was responsible for ending adherence to the rule of   St. Columban and instituting the rule of St. Benedict. He also won freedom for the community from episcopal jurisdiction, promoted a generous building program, and brought Luxeuil to the height of its influence and glory in the West. Waldebert also helped St. Salaberga to found her famed convent at Laon.