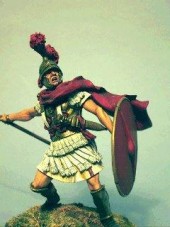 The "Great Martyr," and the leader of converts in the Roman army. While serving as a tribune in the army of General Galerius, Andrew and his men faced a battle with a Persian host. Calling upon Christ for aid, the Romans were victorious. Andrew and some of his troops became Christians as a result and were discharged from military service. Baptized by Bishop Peter of Caesarea, they were arrested by the military governor and executed in the Taurus Mountains of Cilicia. 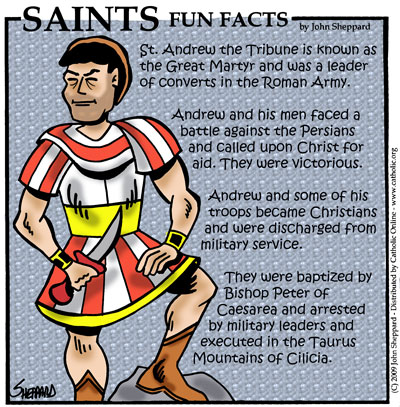