NASA scientist has a good case to say life discovered on Mars. If true, what does the Church say?

Free World Class Education
FREE Catholic Classes
Yes, the Church has a position on the issue of life on other worlds.

A former NASA scientist just made a compelling case that evidence for life was discovered on Mars in 1976. Gilbert V. Levin published an article in the journal, Scientific America, to present the facts. If his case is proved true, what impact will it have on the world? And how will the Church respond? 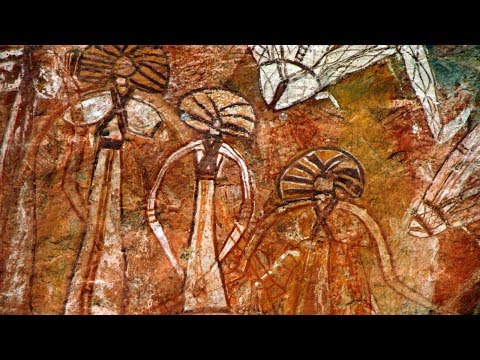 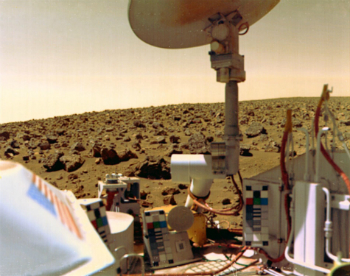 The Viking lander performed an experiment to search for signs of life on Mars. The affirmative results were dismissed, but new evidence suggests they should not have been.

LOS ANGELES, CA (California Network) - According to former NASA scientist Gilbert V. Levin, the Viking Lander, sent to Mars in 1976, did, in fact, discover evidence for life on Mars. Levin was the principal investigator for the life-detecting experiment.

The experiment required the lander to scoop Martian soil and subject it to a pair of tests. The first step would be to provide nutrients in the soil samples, and then test those samples for gasses that would be released by the bacterial metabolism of the nutrients. The results came back positive. The second test, run as a control, subjected the soil to heating, so that any microbes inside would be killed. Nutrients were then added to see if they would be metabolized. This time, nothing happened. The result suggested microbial life existed on Mars.

However, the scientists dismissed their own results. They were unable to detect organic molecules, signs of water and other prerequisites for life. The experiment was never repeated on the Viking mission or any subsequent missions.

But Levin now questions the wisdom of dismissing the results as an anomaly, and the oversight of not repeating the experiment. That's because the evidence of prerequisites which Viking could not detect, have since been detected. Subsequent missions have confirmed the presence of liquid water, salts, and organic molecules on the planet. And if those are present, then it is possible microbial life could also be present as well.

It is now widely accepted that Mars once had all the conditions for life, including large quantities of liquid water, a dense atmosphere, and warmer temperatures.

It is likely the microbe experiment will be repeated at some point soon, especially with the possibility of human travel to Mars within the next few decades. Scientists should test the Martian realm for any evidence of life before humans arrive. Once humans arrive, it will be more difficult to determine if future microbial samples are revealing uniquely Martian life, or contamination from Earth. In fact, some scientists speculate that all life could be Martian, having developed on Mars first, and being transported to Earth by means of meteor impacts which cast Martian rocks into space allowing microbes to hitch a ride to Earth. Meteorites of Martian origin have been discovered on Earth. The opposite scenario is also possible. But only additional experimentation can provide evidence to solve the mystery.

There exists a growing body of evidence to suggest life exists elsewhere within the universe. First, there is logical evidence, which suggests the universe is so vast that the odds are in favor of life. Second, there is a growing body of anecdotal evidence from surprisingly credible sources. In late 2017, the Pentagon revealed it was tracking UFOs on a routine basis, and released evidence to document a few spectacular examples. In September of 2019, the Navy confirmed the evidence, including the videos it released, is legitimate.

However, none of these evidences, despite their credibility, are scientific. Science requires regular, repeatable experimentation with predictable and falsifiable results. From the standpoint of science, there's still no such thing as aliens.

But from a popular standpoint, the threshold for evidence is much lower, and it is worthwhile to question how the public, and the Church would react to knowledge that life really does exist beyond Earth.

Some have argued that the revelation of life on other worlds could produce some kind of social chaos. Learning that we are not alone could cause us to question our place in the universe, and the central role God plays in our lives. The Bible does not speak conclusively about the topic, and it has little to do with our relationship with God. Nonetheless, if even microbial life is found on Mars, it could imply that life is common and abundant elsewhere.

The Church has already examined this topic, and it argues that we cannot place creative limits on God. It is possible God has created other species of intelligent life, and even endowed them with souls. He may have a plan for the salvation of these creatures.

In any case, the Church suggests we should not feel threatened by these possibilities, because they cannot negate what the Church knows and teaches. In fact, no scientific discovery has, or can negate Church teaching, which is in all cases, true. Instead, new discoveries only reinforce what the Church teaches, for the Church does not make things true by teaching them, instead it merely teaches what is true.

At the same time we stand in awe at the profound question of life elsewhere in the universe, we must also consider the equally radical possibility that we are perfectly alone in creation. It is quite possible that God has created man alone in His image, and the notions that some other intelligence inhabits a distant corner of the universe is pure, indulgent fantasy. This is also possible.

As Arthur C. Clarke once commented, "Two possibilities exist: either we are alone in the universe or we are not. Both are equally terrifying."

But thank God for our faith, which assures us, we have no need to fear either!