What does the discovery of complex organics on Enceladus mean for Catholics?

Scientists are excited over the discovery of complex organic molecules on Enceladus. Here is what the discovery is and what it means for all of us. 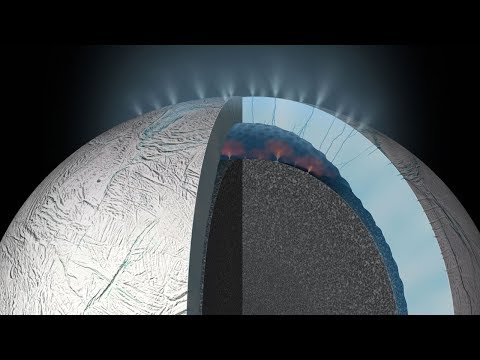 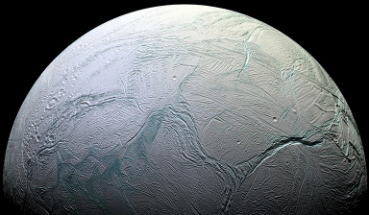 Could Enceladus host life? The discovery of complex organic molecules hints at the possibility.

LOS ANGELES, CA (California Network) - Have scientists discovered life on Enceladus? The short answer is no, not quite. However, the evidence suggests we may be very close, and it may live on Enceladus.

Enceladus is a moon of Saturn. It is coated in thick ice, but its core is molten rock, heated by tidal forces exerted by Saturn. As the moon orbits the ringed giant, it is squeezed and relaxed over the course of its 32-hour orbit. Between the molten core and the icy surface are oceans of liquid water, kept warm by submarine volcanic vents, just like those on Earth.

Studies on Earth have revealed that these vents are home to various forms of life, some of which are microscopic and others that are quite complex. The environment around submarine volcanic vents appears to be ideal for the synthesizing of organic molecules. Could life develop around such vents? Scientists think it is possible. And if it is possible on Earth, then why not under similar conditions on Enceladus?

In 2014, NASA announced the Cassini probe which orbited Saturn and flew by its various moons had discovered evidence of water on Enceladus. Scientists used the probe to photograph geysers of water and ice, confirming the hypothesis that oceans of liquid water exist under the ice.

Detailed analysis of those plumes contained another surprise -- they were rich with organic molecules. Organic molecules are crucial to life. They are chains of atoms made of carbon to which other key atoms attach, such as hydrogen, oxygen and, nitrogen. These molecules contain everything needed to form a physical, living organism.

However, organic molecules are common in the Solar System, and their existence does not indicate the presence of life. But further examination of the evidence revealed another surprise. Scientists have now found the organic molecules on Enceladus are also complex and heavy. In other words, these molecules are more complex than those found elsewhere.

This added complexity suggests two things. First, there is a mechanism under the ice that is facilitating the natural development of these molecules. Second, if these complex molecules are present, then it is a single, small leap from them to living matter.

In other words, Enceladus could host simple, microbial life. But we cannot be sure until we look for it with the right instruments. That will require a special mission.

As Catholics, this isn't the end of the questions. Is not life only created by God? And what does this mean if life exists elsewhere besides Earth?

Scientists believe we are close to answering the question of whether or not we are alone in the universe within the next several years. The next generation of telescopes for both space and land are designed with the capability of gathering the data needed to explore this question. They will begin to come online within the next few years.

The Church is not worried about such a discovery, should it happen. In fact, the Church has grappled with this question for centuries. Thomas Aquinas mentioned that God could have created other worlds. A French priest in the 14th century (John Buridan) said that we cannot place limits on God. "He could make another world or several worlds," he wrote.

Pope Francis himself has also said he would baptize an alien if one appeared and asked for it.

It is not only possible but mathematically likely that God has created life elsewhere. What is not clear is if that life is intelligent, or if it comprehends God. Arguably, it should, since God is evident across the cosmos. However, without evidence, we simply don't know and have no way of making sure. We can only say that the discovery of life elsewhere would be profound, but it would not affect the Church in any meaningful way.

It is likely that NASA will follow up this discovery with a mission to Enceladus, but such a mission will take at least a decade or more to plan and build. In the meantime, while the discovery of life would excite the world's scientists, we still debate the existence of life within the womb. Imagine that!