This secular Franciscan lived among lepers. Could he become Zimbabwe's first saint?

British-born John Bradburne, who died in Zimbabwe 40 years ago, could be on his way to becoming the country's first canonized saint. 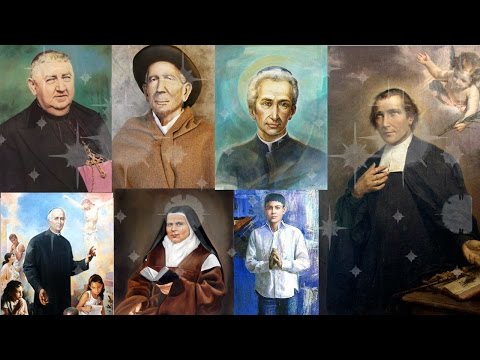 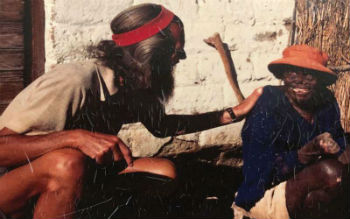 Harare, Zimbabwe, (CNA) - British-born John Bradburne, who died in Zimbabwe 40 years ago, could be on his way to becoming the country's first canonized saint.

Bradburne is a revered figure among the Catholic community in the landlocked southern African country of Zimbabwe. According to reports, Bradburne was shot in the back after he was abducted from his hut in Mutemwa in the north-east of Zimbabwe.

Born in 1921 to Anglican parents in Cumbria, England, Bradburne converted to Catholicism in 1947 while living with Benedictine monks, after he had a religious experience during World War II.

He lived after his conversion as a pilgrim, shuttling between England, the Middle East and Italy, living out of one bag. He was a prolific poet.

He later made contact with Fr. John Dove, a Jesuit friend living in Zimbabwe. Bradburne asked whether there was a "cave in Africa" where he could pray. Dove encouraged him to move to Zimbabwe, where he arrived in 1962.

In Zimbabwe, he told a Franciscan priest the three desires of his life: "to serve leprosy patients, to die a martyr, and to be buried in the Franciscan habit."

In 1969, seven years after his arrival in the country , Bradburne's desire to care for leprosy-afflicted patients was fulfilled, when he was appointed the lead caretaker at Mutemwa Leprosy Settlement, a center that cared for leprosy patients.

Bradburne spent hours with patients. He rose at 3:00 each morning, and washed patients, bandaged them, ate with them, and talked with them. Some of them he carried to Mass. But he clashed with leaders at the center over the conditions in which patients lived, and eventually, he was fired.

He was allowed to live in a deserted single-roomed tin hut in the settlement compound.

His house had no running water, but he was glad to be within the vicinity of the lepers, whom he continued helping in whatever way he could.

During Zimbabwe's civil war, which lasted from 1964 until 1979, Bradburne protected the lepers from exploitation, something that raised suspicion, especially, locals say, because he was a foreigner, and his motives were frequently suspect.

Locals became hostile towards him, but he refused offers from other Christians to take him to safety.

During his burial, three unexplained drops of blood were found below his coffin, reports say.

For his compassion toward the afflicted, Bradburne has been called the "Damien of the 20th century" in reference to St. Damian of Molokai who cared for lepers in Hawaii.

"He did a good thing, and that is what it is about. The love the lepers continue to have for him, because of his sacrifices, is truly astonishing." Kate McPherson of the John Bradburne Memorial Trust told reporters in July.

In an interview with BBC, Fr Fidelis Mukonori who worked closely with the Bradburne recalled his friend's account of living with lepers, "From the day I set my eyes on these people, I discovered I am also a leper among my own people."

"Working for and with them I feel appreciated, that I am doing something good and they call me Baba [Father] John," Mukonori remembered Bradburne telling him.

"The colony was filthy and the people were dirty. There was no medication, no clothes and people went hungry. He took care of everyone's needs - feeding people, and washing and bandaging our sores," she added.

According to Independent Catholic News, two people have claimed miraculous cures through Bradburne's intercession: a woman in South African who regained the use of her legs, and a man in Scotland cured of a brain tumor.

On July 1, the Vatican's Congregation for the Causes of Saints approved initial investigations into Bradburne's sainthood cause. On Sept. 5, Archbishop Robert Ndlovu of Harare celebrated a Mass at Mutemwa where Bradburne served, to mark 40 years since his death and to officially launch his sainthood cause.