Padre Pio, who had the physical marks of Christ's passion on his body, showed Christ crucified to the world, Minister General Fr. Roberto Guerin, OFM Cap., said during a Mass for the saint's feast on Monday. 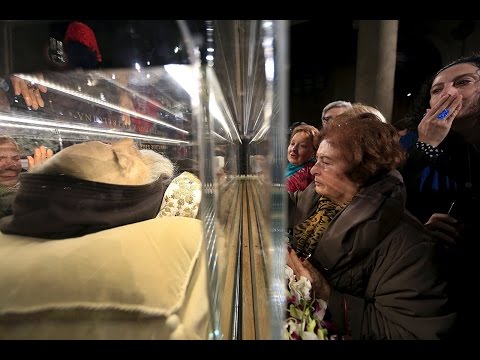 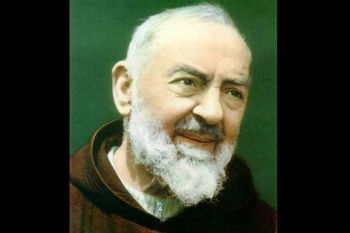 Foggia, Italy, (CNA) - Padre Pio, who had the physical marks of Christ's passion on his body, showed Christ crucified to the world, Minister General Fr. Roberto Guerin, OFM Cap., said during a Mass for the saint's feast on Monday.

"It is not difficult to understand that [Padre Pio's] whole life as a priest was marked by a constant incorporation into the crucified Lord," Guerin said Sept. 23.

"Not only did Padre Pio find the face of God in the face of Christ, but he also immersed himself in the wounds of the hands and feet and, like his Father Saint Francis, in the deep wound of the Lord's heart."

"His body itself was pierced like that of the Savior to become a constant sign of the offering of his own body and blood that Jesus continues to work through the Church, in the gift of the sacraments and the Word of life of the Gospel."

St. Pio of Pietrelcina died Sept. 23, 1968. In the Italian town of San Giovanni Rotondo, where he spent most of his life and where he is buried, there were a number of events for the Capuchin saint's feast day, including nine days of prayer in the days before.

For the vigil there was an opening liturgy, vespers, Eucharistic adoration, prayer beneath Padre Pio's cross, the Holy Rosary, and Mass at midnight. The feast day itself included Masses at the shrine throughout the day.

Padre Pio's feast day falls a few days after the date he first received the stigmata 101 years ago.

"The cross, ultimately, is for Padre Pio, as for the great theologian Paul, the only reality to boast about, and also the only path to salvation," Fr. Guerin said.

"This profound knowledge, which Padre Pio carried in his mind, in his heart, in the flesh itself, moved him to take care of all the fatigued and oppressed: not only the needy in spirit, but all the suffering. Whoever knows the weight of the cross becomes close to those who need help, those who like Jesus fall several times on the path of pain."

This year, an estimated 35,000 people visited the shrine of St. Padre Pio in the days surrounding the feast day. Fr. Guerin said in his homily, "the journey of the pilgrim who comes here to seek Christ in the testimony of the crucified priest Padre Pio must continue in a new descent towards the roads of the world, to imitate the same Padre Pio in the service of the suffering."

"In his silence," Guerin continued, "Padre Pio thus became an uninterrupted praise to God who revealed himself in his Son raised on the cross."

"This mystical incorporation into Christ naturally led to a simple and strong pedagogy. 'The Christian soul,' he said, 'never lets the day pass without meditating on the passion of Jesus Christ.'"

He is "interceding for us, supporting us in the struggles and travails of life, soothing the suffering of hands, giving strength to those who have fallen and find it hard to get up again, giving courage to the disheartened."

Padre Pio, Laborde continued, is "supporting with his tireless prayer the journey of his spiritual children who are still in the phase of fatigue and temptation so that they can reach that longed-for port of salvation, that heavenly Jerusalem, that eternal Easter where there will be no more tears or suffering, but only the bliss of contemplation of the face of Christ."