A seat for one? Saint's arm is FLYING across Canada

While he was alive, St. Francis Xavier never got to ride in an airplane. They would not be invented for 400 more years after his death. 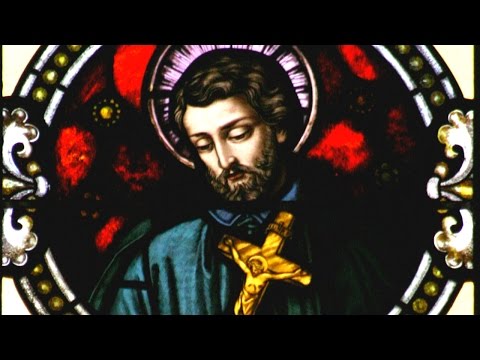 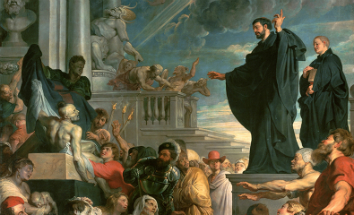 The arm of St. Francis Xavier is flying across Canada early next year.

Ottawa, Canada (CNA/EWTN News) - But now, his severed arm will get to take a trip across Canada in its very own seat.

The relic of the Jesuit missionary, ordinarily kept in the Church of the GesĂą in Rome, will be making a cross-country trip through Canada this winter, as part of an initiative from the university group Catholic Christian Outreach.

The arm of St. Francis Xavier, on display for veneration in Rome.

Angele Regnier, co-founder of Catholic Christian Outreach, told CBC radio that travelling with the saint's arm will be "like doing a road trip with a friend."

"I mean, I know it's bones, but connected to that is a living friendship with St. Francis Xavier," she said.

In the Catholic Church, relics are physical objects that have a direct association with the saints or with Jesus. The arm of St. Francis Xavier is considered a first class relic, which is the body or fragments of the body of a saint. The practice of venerating relics has been a Scripture-based tradition in the Church for centuries.

Regnier will be accompanying the saint's arm on its trip from Rome to Canada, where the relic will make a month-long tour through much of the country.

The fragility of the relic, which is encased in a gold and glass reliquary and has its own padded duffle bag, necessitated that it travel in its own seat on Air Canada.

"We can't put it underneath. We can't even put it in the overhead bins. Like, he has to have his own seat," she told CBC radio.

"You're trying to explain this to Air Canada. We need to book a seat. He is a person in a way, but it's not a person, it's an arm."

The saint's arm is a significant relic. With that arm, it is estimated that St. Francis Xavier baptized hundreds of thousands of people during his time as a missionary in Asia. The relic is also considered to be partially incorrupt, which means that it has not decayed in an ordinary way.

Regnier said that the group wanted to bring the saint's relic to Canada because he is one of their patron saints. While a university student, Francis Xavier was known for being athletic and the â€˝cool guy," Regnier said. But it was also during time that he underwent a conversion, and his roommate, St. Ignatius of Loyola, became his spiritual mentor.

St. Francis Xavier would become one of the founding members of the Jesuit order, along with St. Ignatius of Loyola and Blessed Peter Faber.

The saint's arm will be traveling throughout Canada from Jan. 3 - Feb. 2, during which time the faithful are invited to venerate the relic.

"It's quite a production," Regnier said. "We want to touch most of Canada with it."

The schedule for the relic tour is as follows: