Apostolic charity refers to living like the first apostles. At the heart of Redemptorist spirituality is Christ's own mission, which was to empty himself, take the form of a servant (Phil. 2:7) and submit to the will of the Father in the work of redemption. Thus, Redemptorists, like the Lord, walk in sacrifice, self-denial, humility, and service. So should we. 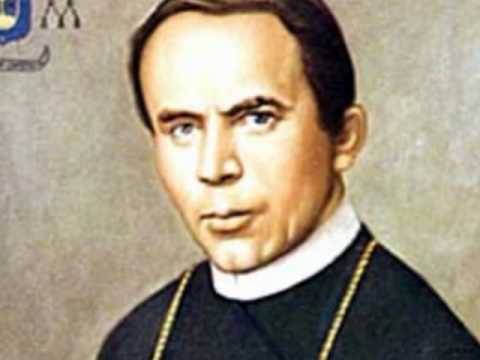 P>KNOXVILLE, TN (Catholic Online) - The spirituality of all Redemptorists, including Saint John Neumann who lived this spirituality to a saintly degree, is inspired by a "lifestyle conversion" of its founder, Saint Alphonsus Liguori. Saint Alphonsus' conversion began in the slums of Naples, Italy where he felt called to work for the poor as their preacher and confessor.

It was in the mountains off the Amalfi coast that he first met the forgotten rural folk. He had thought the slums of Naples were bad but these poor souls had it even worse. He believed they were at the very bottom rung of society. This experience cemented his conversion and led him in 1732 to found the Congregation of the Most Holy Redeemer, the Redemptorists, a band of missionary preachers with a predilection for the poor.

Today, the Redemptorists are no longer a band of missionary preachers; they are a worldwide organization with thousands of members who are committed to the powerful spirituality of their founder. The heart of Redemptorist spirituality seems to be based on the idea of apostolic charity. Although this idea can be expressed in only two words, these words hold great meaning. I will try to briefly summarize this meaning and then review how Saint John Neumann lived out the idea of apostolic charity in his life.

Apostolic charity refers to living like the first apostles. The first apostles dedicated their entire lives to God and His missionary work. So, at the heart of Redemptorist spirituality is Christ's own mission, which was to empty himself, take the form of a servant (Phil. 2:7) and submit to the will of the Father in the work of redemption. Thus, Redemptorists, like the Lord, walk in sacrifice, self-denial, humility, and service. So should we.

According to paragraph 51 of their Constitutions: "Through this total dedication to the mission of Christ, the members share the self-renunciation of their crucified Lord, the virginal freedom of his heart and his wholehearted offering of himself for the life of the world. They must, therefore, become signs and witnesses before people of the power of his resurrection, proclaiming the new and eternal life."

The Redemptorists live out this spirituality in community. For the Redemptorist, community is much more than a matter of organization or convenience; it is fundamental to their mission. Their Constitutions state, "The whole purpose of community life is to have members, like the apostles, in a spirit of genuine brotherly union, combine their prayers and deliberations, their labors and sufferings, their successes and failures, and their material goods as well, for the service of the Gospel" (cf. 22).

However, Redemptorists do not live in isolation; rather, they live in community with each other as part of other communities, principally the larger Church community, that is, the Body of Christ. "Thus, they participate in a special way in the mystery of the Church, and are drawn to share more intimately in the paschal mystery" (Constitutions 50).

In addition, they belong to the communities of persons with whom they work such as the poor. But they are also part of the world community, for in a certain respect we are all destitute before God and in great need. In this respect, Redemptorists are called in a special way to be the continuing image of Christ in the world and leaven for the world

Redemptorists embody certain expressions of faith and devotions. You already know that they are missionaries, but they are also noted for approaching missionary work with fiery zeal. In part, this is the result of lifelong study and learning, which includes a particular interest in moral theology like their founder who is the patron of moral theologians. However, the greater part lies in their openness and docility to the Holy Spirit.

Redemptorists balance their life of learning and preaching with a contemplative prayer life and great devotion to the Sacred Liturgy and the Eucharist. In addition, they have a devotion to the Blessed Virgin Mary. She is their model and helper. According to tradition, in the nineteenth century, Pope Pius IX placed the icon of Our Mother of Perpetual Help in the care of the Redemptorists and commissioned them to make her known throughout the world.

Besides Saints Alphonsus Liguori and John Neumann, there are two other Redemptorist saints, Clement Hofbauer and Gerard Majella. There are also nine Redemptorist Blesseds. One of them, Blessed Francis Xavier Seelos, was assigned to the parish of Saint Philomena in Pittsburg, Pennsylvania where Saint John Neumann served as the Superior of the Religious Community.

The life of Saint John Neumann is filled with examples of the apostolic charity at the heart of Redemptorist spirituality. Moreover, many of the events in his life become more meaningful when we view them from this perspective. For instance, even before he was ordained, his desire to do the will of God and his desire to become a missionary in America reflected fundamental qualities of Redemptorist spirituality. Shortly after he arrived in America, he was ordained into the priesthood and assigned to his first parish. Only after he completed this assignment did he enter into the Redemptorist Order.

His first American parish included hundreds of square miles of frontier around Niagara Falls, Buffalo, New York and Erie, Pennsylvania. Consequently, he spent long hours riding on horseback. In this way, he fulfilled the Redemptorist mandate to minister to the poor and forgotten living on the fringes of society.

Traveling on horseback was also a great suffering for him because he was often lonely and exposed to freezing weather. This experience may have contributed to Saint John Neumann's desire for communal life which led him to the Redemptorists and culminated in his rise to the office of bishop and sainthood.

When Saint John Neumann was made bishop of Philadelphia, certain expectations were placed on him by the wealthy patrons and his fellow bishops. Yet, he remained true to Redemptorist spirituality. He often avoided high society, maintained a simple life and continued to minister to his poor rural parishioners.

As a result of these choices, he received harsh criticism. Saint John Neumann's response was that of a true Redemptorist, humble and charitable. They called him the "Little Bishop." Although he was small in stature, it is believed that this title also referred to his great humility.

Throughout his ministry, Saint John Neumann also exhibited a fiery zeal and a willingness to suffer in union with our Lord. These spiritual qualities helped him endure the suffering he experienced when he left his home and family for the sake of missionary work, and when he traveled on horseback through miles of wilderness in the north east and when he was subjected to criticism as Bishop. His zeal is also evident in the number of books he wrote. It is especially evident in the numerous schools and churches he built during a time in our nation's history when anti-Catholicism was at a high point.

His prayer life was also influenced by Redemptorist spirituality. For instance, he had a great devotion to the Eucharist. It was Saint John Neumann who established the Forty Hours of Devotion to the Blessed Sacrament. Another example of his prayer life can be seen through the many prayers he composed.

Many of the prayers he wrote are addressed to the Blessed Mother, and many of his prayers to God conclude with an appeal to Mary for her intercession. It should be no surprise, then, that Saint John Nuemann also had a great devotion to our Blessed Mother. So should we.

Even the motto he picked when he was ordained Bishop reflects the deep spirituality of his chosen order. His motto, "Passion of Christ, strengthen me," specifically invoked Christ's Passion and the glorious outcome that awaits all who believe and endure. It is through the Passion of Christ that the Redemptorist receives his nourishment and draws his strength.

In other words, the Passion of Christ is the source of apostolic charity which is at the heart of Redemptorist spirituality. It is the key to this "lifestyle conversion". Saint John Neumann Calls us all to Apostolic Charity and Courageous Christianity.