The White House hosted dozens of Catholic leaders on Monday afternoon for an internal briefing on life and religious freedom issues. 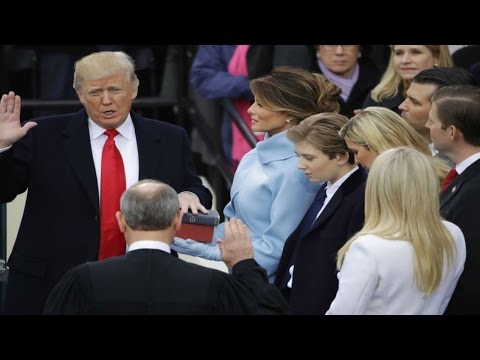 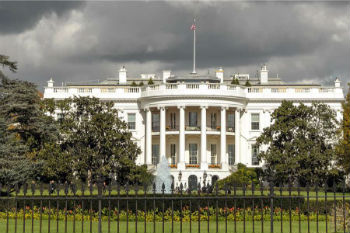 The off the record briefing, held in the Indian Treaty room of the Executive Office Building, focused on "life, religious freedom, and other issues pertinent to the Catholic faith community," according to an invite provided to participants. Attendees also had the opportunity to share their observations or concerns with the administration.

Mick Mulvaney, White House chief of staff and a practicing Catholic, led the briefing on religious freedom and life issues for around 45 minutes each, and devoted around 20 minutes to the economy, said Gia Chacon, a speaker and pro-life director at the group Bienvenido, who attended.

The discussion of religious freedom included both health care and education policy, she said, and how "the previous administration advocated for 'freedom of worship' as opposed to 'freedom of religion.'"

According to social media posts after the event, Mulvaney said "worship takes place within four walls," while "faith is the way we live our lives," differentiating between freedom of worship and religion.

The "Fairness for All Americans Act," recently introduced in the House on Dec. 6, was also raised by a participant, said Patrick Reilly.

That legislation, introduced by some House Republicans on Dec. 6, would try to balance anti-discrimination protections for categories of sexual orientation and gender identity, and religious freedom concerns.

Reilly, who was also present at the briefing, noted the "real danger that that [act] poses for religious freedom, not just for individuals but for organizations, because we don't believe that the carve-out for organizations could ever survive once the legislation got through."

Mulvaney touched on "all the major issues" that then-presidential candidate Trump discussed in his 2016 letter to Catholics, Huelskamp told CNA.

In that letter, released on Oct. 5, 2016 at the Catholic Leadership Conference in Denver, Colorado, Trump promised that "I am, and will remain, pro-life. I will defend your religious liberties and the right to fully and freely practice your religion, as individuals, business owners and academic institutions."

Three highlights of the briefing, Huelskamp said, were the administration's record on the issues of life, religious freedom, and economic growth. "There was a lot of exchange back and forth" on those issues, he said.

Louis Murray, the chairman of the board of Boston's Catholic Radio, the EWTN-affiliate of the Station of the Cross Network, also attended the briefing. Murray said that he has written op-eds in various national publications in support of the administration's policies.

Among the issues Mulvaney discussed were "the common good for Catholics in the United States," Murray told EWTN News Nightly.

"On the pro-life issue, Mick Mulvaney was very clear. He said President Trump pledged to be the pro-life president, and so far he has over-delivered, and he will continue to over-deliver," Murray said, and everyone "in the room was excited about the administration's not letting up on making the unborn a critical issue, now and hopefully in the election."

Other issues were also covered at the briefing on Monday, including pornography and the opioid crisis.

The contribution of faith-based organizations to fighting the opioid epidemic also reportedly came up.

"The administration talked about their desire to make sure that faith-based addiction treatment was not overlooked in the admin's commitment to addressing the fentanyl and opioid crisis," Murray said.

Attendees also had a chance to make their voices heard on various matters important to them. Stephen D. Minnis, president of Benedictine College in Atchison, Kansas, said in a Sunday press release that the chief message he planned to deliver to the White House was that "Catholic organizations should be allowed to provide the services only they can provide."

Minnis said he planned to warn of three trends threatening Catholic institutions: regulations requiring them to take public stances that are contradictory with the Catholic faith, "free college" promises that would "undermine" Catholic education, and the right of Catholic organizations to "free exercise" of religion in public and "not just right to worship."

Reilly said he also raised "the concern about the National Labor Relations Board, which for decades has been asserting jurisdiction over Catholic education."