Americans largely disapprove of the way the U.S. bishops have handled the sex abuse scandal in the U.S. Catholic Church, a new survey has found. A majority said their trust in the leadership of the Church has been damaged by the abuse crisis. 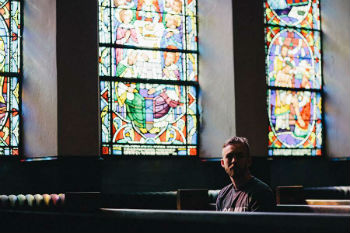 Washington D.C., (CNA) - Americans largely disapprove of the way the U.S. bishops have handled the sex abuse scandal in the U.S. Catholic Church, a new survey has found. A majority said their trust in the leadership of the Church has been damaged by the abuse crisis.
The poll was conducted by RealClear Opinion Research in partnership with EWTN News. It surveyed 2,055 registered voters from Nov. 15-21.

Among other questions, participants were asked about their impressions of how Church leaders have acted in response the clerical sex abuse crisis of the last 18 months.

Sexual abuse allegations against then-Cardinal Theodore McCarrick in summer 2018 led to revelations of clerical sexual abuse throughout the United States, as well as some bishops engaging in cover-up and negligence in reporting suspected abuse.

Overall, 19% of survey respondents said they approve of the bishops' handling of the abuse crisis, while 58% said they disapprove of how the bishops have responded. Another 23% percent said they were unsure.

Of those who identify as Catholic, 30% approve of the bishops' handling of the crisis, while 55% disapprove. Among non-Catholics, 16% approve and 59% disapprove.

The disapproval rate was consistently more than 50% for Catholics, whether they attend Mass at least weekly, a few times a month, or rarely.

Catholics who say they accept all of the Church's teachings were more likely to say the bishops are doing an acceptable job handling the crisis. Among this demographic, 52% approve of the bishops' response to the abuse crisis, and 38% disapprove.

Survey respondents were more likely to voice approval of Pope Francis' handling of the abuse crisis than that of the bishops, although he still faced significant levels of criticism.

Overall, 31% are satisfied with the pope's response to the crisis, while 44% disapprove. Among Catholics, 44% approve and 41% disapprove.

Of those who say they accept all of Church teaching, 62% approve of the pope's response, and just over one-quarter disapprove.

Close to two-thirds of survey respondents, both Catholic and non-Catholic, said the abuse crisis has damaged their trust in the leadership of the pope and bishops. Responses were similar for Catholics regardless of how frequently they attend Mass, as well as for non-Catholics.

Those who attend Mass more frequently were more likely to believe in the True Presence, with 70% of respondents who attend Mass at least weekly saying they believe the Eucharist is really the Body and Blood of Christ.
Six percent of Catholics who responded to the survey said they go to confession at least once a month. Another 17% percent said they go a few times a year, while 35% receive the sacrament once a year or less, and another 41% percent said they never go to confession.
Of those who said they identify as Catholic, 79% said they pray at least weekly, with just over half saying they pray every day.
The prayer frequency of Catholics was greater than that of general survey respondents, of whom 64% said they pray at least weekly, and 45% said they pray daily.