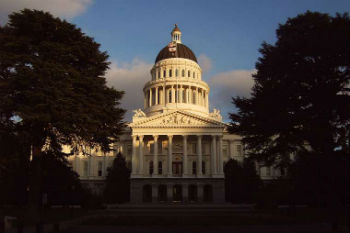 The law allows civil claims of childhood sexual abuse to be filed by victims until age 40, or five years after discovering the damages from the abuse.

Previously, claims had to be filed by age 26, or within three years of discovering damages from the abuse.

The new law also opens up a three-year window to revive past claims that would have expired under the previous statute of limitations. That window begins Jan. 1, 2020.

Andy Rivas, executive director of the California Catholic Conference of Bishops, responded in an Oct. 14 statement, saying, "Ultimately, our hope is that all victim-survivors of childhood sexual abuse in all institutional settings will be able to have their pain and suffering addressed and resolved and so our prayers are that AB 218 will be a step forward in that direction."

"The Catholic Church has confronted this issue of child sexual abuse for more than two decades now," Rivas said. "It is a legacy of shame for all of us in the Church, and we are aware that nothing can undo the violence done to victim-survivors or restore the innocence and trust that was taken from them."

He noted the reforms made by the Church to protect children and that new reports of abuse in the Church in California are rare. He also pointed to efforts by dioceses in the state to devote hundreds of millions of dollars to therapy and pastoral care to abuse victims.

"The Church cooperated with then-Governor Gray Davis and the legislature during the opening of the statute of limitations in 2003. The Church paid more than $1.2 billion to settle claims filed by hundreds of victim-survivors," he said.

Rivas noted that earlier this year, six of California's 12 Catholic dioceses established an independently managed compensation program, which would provide compensatory payment to those alleging to be victims of priestly sexual abuse, regardless of what that abuse is alleged to have happened.

The programs covers Los Angeles, Sacramento, San Bernardino, San Diego, Orange, and Fresno. These six dioceses represent 80% of California's Catholics, according to an announcement about the compensation program.

Assemblywoman Lorena Gonzalez (D-San Diego), who authored the California bill, said in a statement, "The idea that someone who is assaulted as a child can actually run out of time to report that abuse is outrageous."

"More and more, we're hearing about people who were victims years ago but were not ready to come forward to tell their story until now," she said. "We shouldn't be telling victims their time is up when in reality we need them to come forward to protect the community from future abuse."

However, critics argue that the law goes too far, opening the door to cases with little evidence and allowing damages to be tripled if cover-up of abuse was involved.

Rivas also noted with disappointment that the law does not cover sexual abuse victims of state employees.

According to the Associated Press, school districts in the state showed heavy opposition to the legislation, arguing that reliable evidence and witnesses are more difficult to collect 40 years after an alleged act of abuse.

Troy Flint, spokesman for the California School Boards Association, said the bill "has a very real chance of bankrupting or impoverishing many districts," the AP reported.

"We don't want to minimize or trivialize the trauma that's associated with inappropriate sexual conduct in schools," Flint said, but added that the financial impact on school districts in the state could "inhibit our ability to properly serve today's students and students in years to come."

The Boy Scouts of America - which has faced millions of dollars in damages to child abuse victims, said it is considering "all available options," including declaring bankruptcy, the AP reported.

In a statement the organization said it cares "deeply about all victims of child abuse and sincerely apologize(s) to anyone who was harmed during their time in Scouting." It noted the procedures put in place to avoid individual youth and adult interactions and ensure respect for privacy.

According to the Associated Press, Michael Pfau, an attorney based in Seattle, says his firm has approximately 100 abuse victims who are ready to file suits against California schools, Catholic dioceses, foster homes, the Boy Scouts when the extended window opens.

California is among several states to consider expanding the statute of limitations for childhood sexual abuse.

Earlier this year, New York widened the statute of limitations for both criminal and civil claims, and opened a one-year window for abuse survivors to files suits against their abuser or the institution where the abuse occurred.

More than 400 lawsuits were filed in the state on the first day of the expanded window, including claims against members of the Catholic clergy, the Boy Scouts, and the state's public schools.

The governor of New Jersey signed a similar law in May. North Carolina, Maryland, and Pennsylvania have also considered similar legislation in the last year.