Trump won the Nevada caucus then stepped to the podium to delivery his victory speech. Interestingly, he made a point of repeating that he loves those who are poorly educated. 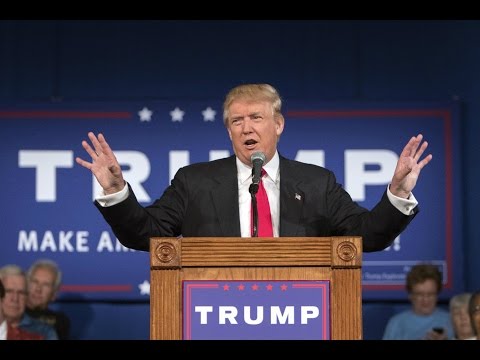 LOS ANGELES, CA (Catholic Online) - Trump dominated the Nevada caucus with a whopping 45.9 percent of the vote, while Marco Rubio trailed after him at only 23.85 percent and Ted Cruz fell at 21.38 percent.

The win puts Trump's delegate total at 81, which Rubio claimed was nothing to be intimidated by.

Stations of the Cross Quick Quiz

According to Daily Mail, Rubio explained, "First of all, the Republican nomination is decided by delegates. It's over 1200 delegates you need to have. We're nowhere even near that number of people that have yet even been involved, much less being able to win them. [Trump] does have a delegate advantage, but it's not overwhelming. In fact there [sic] are plenty of states out there in the winner-take-all category, that if you win 'em, you more than catch up."

Later Rubio told CBS, "Seventy percent of Republicans don't want Donald Trump to be their nominee. So he's in the lead because that seventy percent is divided up against so many people, and every time someone drops out of the race we only grow stronger."

On Tuesday night Trump took to the stage to deliver his victory speech with his sons Donald Junior and Eric to each side.

He continued to say it may not take two months for other candidates to drop out, thus ensuring he will garner even more votes.

He then spoke of his voter demographic and described them as "Evangelicals, the young, the old, the highly educated, the poorly educate. I love the poorly educated. And I get 46 per cent [sic] of the Hispanic voters - I'm really happy about that."

Though Trump currently holds a solid lead, Cruz casually said: "History teaches us that nobody has ever won the nomination without winning the at least one [sic] of the first three primaries - and there are only two people who have done this: Donald Trump and us. The only campaign that can beat Donald Trump is this one. And anyone - the other 65 per cent - who doesn't think Donald is best candidate to go head to head with Hillary should vote for us."

Rubio also maintains a positive attitude and added, "We have incredible room to grow."