According to Washington insiders, Kevin McCarthy (R-CA) is having an affair with Renee Ellmers (R-NC). McCarthy dropped out of the Speaker race, and may have done so because an unknown insider is circulating a surveillance video on Capitol Hill, of him dining with Ellmers in an intimate setting. 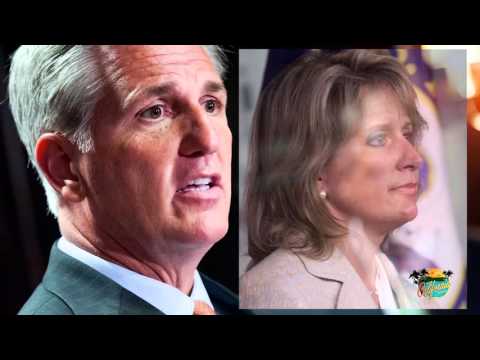 LOS ANGELES, CA (Catholic Online) - Kevin McCarthy dropped out of the race for Speaker of the House and Washington sources have told the California Network that it's because he has been having an intimate affair with Representative Renee Ellmers. Video footage of McCarthy dining with Ellmers in an intimate setting has reportedly been circulated on Capitol Hill.

McCarthy's withdrawal from the race comes just after Rep. Walter Jones, (R-NC) demanded that any person running for the speaker's chair be free from "moral turpitude issues."

McCarthy's bid for the speaker's chair faltered when he let slip that the Benghazi investigation was primarily commissioned as a political hit job against Hillary Clinton. That gaffe cost him the Speaker's position, insiders tell the California Network. However, it is the allegation of an affair with Ellmers that could also cost him his seat in Congress.

Ellmers has herself battled claims that she is an insincere Republican and a "RINO" (Republican In Name Only), due to her change in certain political positions, especially concerning the Right to Life.

Few politicians can survive bombshell scandal allageations like these. McCarthy's political death knell is sounding on the day he could have been seated as the next speaker; how quickly they fall.