The GOSPEL doesn't have a political affiliation: Republicans nervous, speak out ahead of Pope Francis' speech to Congress

Republican members of Congress are expressing skepticism and concern ahead of Pope Francis' address to that body on Thursday. The GOP is worried that Pope Francis will stray from religious topics and speak critically about political issues. 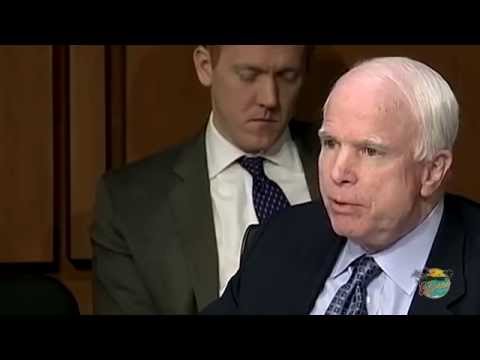 LOS ANGELES, CA (Catholic Online) - GOP lawmakers are very concerned Pope Francis will say a few things during his speech to a joint session of Congress when he stands before that body on Thursday. Republican senator, James Inhofe, without knowing what Pope Francis will say has already declared the speech as "totally inappropriate."

"'I think it's totally inappropriate that the Pope is weighing in on all the real sensitive, far-left issues,' said Oklahoma Republican James Inhofe, one of the most conservative senators. 'I'm not a Catholic, but my Catholic friends in Oklahoma are not real pleased with it,' CNN quoted Inhofe as saying.

Get the World Meeting of Families Prayer FREE download

Rep. Paul Gosar (R-AZ), plans to boycott the speech, saying "I don't need to be lectured by the Pope about climate change."

Both Republicans and Democrats will have to answer to God for their life choices and the way they lead the nation. Pope Francis is neither "liberal" nor "conservative." He defies political labels because he speaks with the authority of Christ on all issues. Truth doesn't have a political affiliation.

Pope Francis is likely to ruffle feathers on both sides of the aisle. He supports the preservation of marriage and the family, as well as life. He also advocates for the poor and refugees, as well as those who are imprisoned. He speaks against unfettered capitalism which tramples the poor while enriching only a few. He is also serious about the environment and global warming, and its impact on people.

Pope Francis' positions are predicated upon the Gospel, not on political narratives. This frustrates people because we often turn to our own internal, political narratives to build our concept of what is real and true, but those personal narratives are just that, they're personal. We ground ourselves in teaching that is flawed, but fits our preferences. This may be comforting, but our position may be inconsistent with the Truth.

God has promised to preserve the Church and to keep her teachings from error. This does not mean no errors are ever made by popes and Church officials, but who can disagree with a plea to save the poor or with the warning that it is easier for a camel to fit the eye of a needle than for the rich to enter the kingdom? This is what Pope Francis preaches. Since when did the Gospel message become "communism" or "liberalism?" It's merely the repetition of Christ's words.

Unfortunately, the American media likes to spin and construe so that Pope Francis one day supports Republicanism, and the next day, liberalism. Both perspectives are absurd.

Pope Francis' address to America's legislators is an invitation for our legislators to rethink their positions on the issues and to consider new approaches to problems that persist precisely because the old solutions don't work.

Sadly, instead of viewing the Papal visit as an opportunity to gain wisdom and insight, hubris reigns supreme in the legislature. People on both sides of the aisle think they know more of the Truth than God and the Vicar of Christ himself, and nothing could be more false than that.

Perhaps the people themselves will listen, where their leaders do not.

Get the World Meeting of Families Prayer FREE download