Places of worship in a New York City suburb are facing unprecedented measures to fend off the spread of coronavirus after the governor on Tuesday announced the creation of a 1-mile radius "containment zone" to limit the virus' spread. 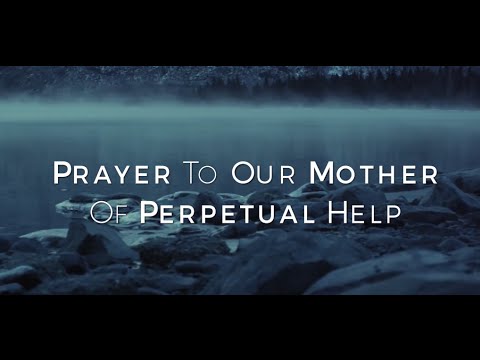 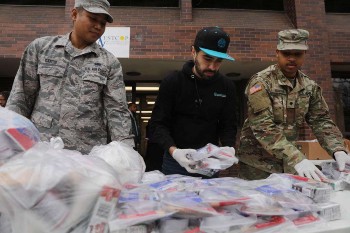 New York City, N.Y., (CNA) - Places of worship in a New York City suburb are facing unprecedented measures to fend off the spread of coronavirus after the governor on Tuesday announced the creation of a 1-mile radius "containment zone" to limit the virus' spread.

Under the rules of the containment zone in New Rochelle, which is fewer than 10 miles from the center of The Bronx, schools, houses of worship and large gathering places will be closed for two weeks beginning March 12. Gov. Andrew Cuomo said March 10 that the National Guard will be called in to help clean facilities and deliver food to people in need.

"The difficulty is the elderly [parishoners] aren't all that computer savvy, so they're very concerned, and we're getting an awful lot of phone calls," Monsignor Dennis Keane, pastor of Holy Family parish in New Rochelle, told CNA.

"I think safety is so important, especially when you're dealing with elderly people," he said.

Msgr. Keane said the parish's regular scheduled Masses and Stations of the Cross will proceed as normal, but without a choir. The eldery or anyone concerned about getting sick ought to stay home, he said.

Holy Family is just outside the 1-mile containment area, but Msgr. Keane said the bulk of the parishioners live within the zone. The parish is already canceling numerous events, announcing on Facebook that all non-essential meetings, including religious education classes, have been canceled "until further notice." As of March 13, the parish elementary school will be closed for the indefinite future.

A parish dinner dance scheduled for March 14 also has been canceled, and the parish last weekend emptied the holy water fonts and suspended the sign of peace during Mass. They also placed hand sanitizer at each entrance.

Msgr. Keane said he's also had at least one bride call the parish office asking if her upcoming wedding can still take place at the church.

"I said, you know we're here, we'll perform the wedding, it's really your decision, as you get closer, to see how healthy it is to bring people together things change very quickly in two weeks. But as far as the church is concerned, we'll be open for the wedding, I'll perform that wedding."

He said one family, mostly of elderly members, this week decided not to have a funeral Mass at the church for a loved one who died, opting instead for a prayer service at the funeral home.

A local soup kitchen called HOPE Community Kitchen, also located outside the zone, benefits from food donations from the parish, Msgr. Keane said, and the parish will continue to cook food for the kitchen for now.

"What I'm concerned about is parishes supply a lot of food to them. And if we have fewer people coming to church, we'll be able to supply less food."

HOPE Community Kitchen announced on its website that as a precautionary measure, its guests would receive take-out meals rather than gathering in its dining room until further notice.

Father Robert DeJulio, pastor of the city's Our Lady of Perpetual Help parish, told CNA that his parish church has also done away with the holy water and is encouraging people to receive Communion in the hand.

They are also canceling the upcoming parish mission and a parish dinner anything having to do with food preparation, he said. Fr. DeJulio said he has been contacting parishioners by email to update them on the situation.

Since Our Lady of Perpetual Help is outside the strict containment zone, the parish is continuing to hold religious education classes, and the school is still open.

In contrast, Holy Trinity Greek Orthodox Church lies just within the containment zone. Father Nicholas Anctil, the pastor, said the governor's announcement came as a surprise, and that getting the word out to his parishioners was not the easiest of tasks.

Although he is able to contact parishioners via a "robocall," he said he has to be sure that he records one in English and one in Greek, for his non-English speaking parishioners.

"A lot of them don't speak English, believe it or not, still," Fr. Nicholas said. "Or they don't have internet."

Holy Trinity runs a small nursery school, a Greek afternoon school, and a catechism school, and a gym that hosts various sports activities all of which have been canceled.

"They're all senior citizens, and most of them live in the area," Fr. Nicholas said.

"So we've had a lot of people in the building that actually live in the containment area as well."

All liturgies at the parish have been canceled, said, including all the Sunday liturgies.

"Today I did my last liturgy here until March 25," Fr. Nicholas said.

Anctil said the Centers for Disease Control and Prevention, as well as the Greek Orthodox archdiocese, has asked the parishioners of Holy Trinity not to go to a different parish outside the containment zone for fear of further spreading the virus.

Fr. Nicholas said the containment causes a lot of hardship for his parish, especially in the middle of Lent, not to be able to hold services.

In addition, the church often provides food for a local homeless shelter, and since their kitchen is locked down, they will be unable to provide those meals.

"It chokes a lot of the parish life," he said.

The Greek Orthodox church in Rye provides a livestream of Divine Liturgy, he said, and he hopes his parishioners will take advantage of that.

Despite other congregations canceling their services the local Lutheran church has also canceled services until March 25 Fr. DeJulio is confident that Mass will continue in the area. He said he has not received any orders from the Archdiocese of New York to cancel Mass.

"I don't think we do that. I think we have Mass and tell people to talk precautions, and if they feel uncomfortable, not to come. People have to take responsibility they're adults. This idea that Father has to tell me not to come to church is archaic."

He did say parishioners over 60, in particular, should consider staying home.

"That doesn't mean I have to cancel to make that happen," he said.

CNA contacted the Archdiocese of New York to ask whether Mass cancelations were being considered as an option to limit the spread of the virus in the area around the containment zone, and did not receive an answer by press time.

The zone centers around the Young Israel of New Rochelle synagogue, believed to be the epicenter of the outbreak near New York City.

The synagoge announced in its March 6-7 bulletin that the rabbi's wife tested positive for the virus.

A call to the synagogue March 11 went unanswered.

A pro-life pregnancy center, The Elinor Martin Residence for Mother & Child, is located within the zone. The center is listed as an agency of Catholic Charities of the Archdiocese of New York, though a CCNY spokesperson told CNA that the center is not owned by the archdiocese.

The Elinor Martin Residence did not respond by press time to CNA's inquiry as to whether the center was still operating during the containment period.

Though grocery stores and other businesses are allowed to remain open within the zone, CNN reported Wednesday that many small businesses in New Rochelle are planning to shut their doors for two weeks in an attempt to mitigate financial losses.

In addition, nursing homes and assisted living facilities in the area will not be permitted to accept visitors until further notice. St. Joseph's, a nursing home in New Rochelle run by the Edmund Rice Christian Brothers, confirmed to CNA that they were not currently taking visitors.

As of yet there are no travel restrictions for residents of the area and no one is mandated to self-quarantine.

Though New York has not had any deaths from coronavirus, nearby New Jersey announced a 69-year-old man with underlying health problems died of the virus March 11.

Around the world, Catholic dioceses have responded differently to the coronavirus pandemic.

The Archdiocese of Seattle, centered around the first and largest outbreak in the United States, announced March 11 that it will indefinitely suspend public Masses.

Masses across Italy are cancelled and churches are closed, in compliance with a mandate of the Italian government. Most dioceses in Japan have canceled Masses. The president of Polish Bishops' conference has encouraged more Masses in his country. Archbishop Stanislaw Gadecki of Poznan said there should be more Sunday Masses so that services will be less crowded and parishioners will be able sit farther apart from one another.

Kentucky's Governor Andy Beshear on Wednesday encouraged churches to cancel their services in fear of the spreading coronavirus. The archdiocese in the state does not plan to cancel Masses this Sunday.