Portland archdiocese: Coronavirus or no, Communion can be received on the tongue

The right to receive Holy Communion on the tongue has been affirmed by the Archdiocese of Portland in Oregon, which noted Monday that the risk of transmitting infection when receiving on the tongue or hand is "more or less equal." 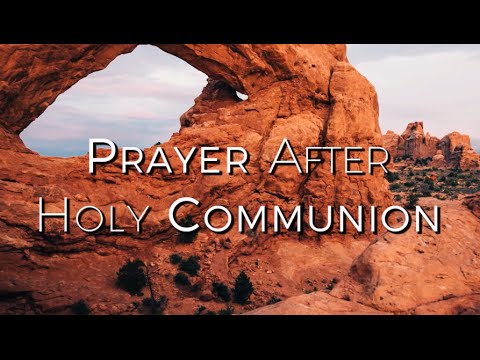 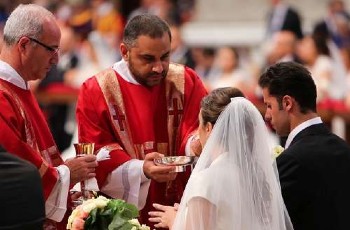 Portland, Ore., (CNA) - The right to receive Holy Communion on the tongue has been affirmed by the Archdiocese of Portland in Oregon, which noted Monday that the risk of transmitting infection when receiving on the tongue or hand is "more or less equal."

"We consulted with two physicians regarding this issue, one of which is a specialist in immunology for the State of Oregon. They agreed that done properly the reception of Holy Communion on the tongue or in the hand pose a more or less equal risk," the archdiocese's office of divine worship wrote March 2.

"The risk of touching the tongue and passing the saliva on to others is obviously a danger however the chance of touching someone's hand is equally probable and one's hands have a greater exposure to germs."

The office said its statement came after some parishioners had indicated that they had been denied Holy Communion on the tongue, or told that reception on the tongue "has been banned in certain parishes."

The worship office emphasized that ministers of Holy Communion should be "able to distribute Holy Communion without risk of touching the hands or the tongue," and that "parishioners should also be instructed how to receive Holy Communion properly either on the tongue or in the hand."

It added that "if Extraordinary Ministers of Holy Communion feel uncomfortable distributing Holy Communion either in the hand or on the tongue they should be excused from this ministry."

Many Churches around the world have issued precautionary guidelines for Masses, or cancelled public Masses entirely, because of the coronavirus outbreak which originated in China late last year.

The new strain of coronavirus causes a respiratory disease, COVID-19, and has a fatality rate of roughly 3%. There have been more than 93,000 confirmed cases of coronavirus in 81 countries, and nearly 3,200 deaths, as of March 4. The vast majority of cases and deaths have been in China.

In the U.S., there have been at least 147 confirmed cases in 16 states. These are concentrated in Washington, where there have been 32 cases, 10 of whom have died. Of those 10, seven were linked to a nursing home in a Seattle suburb.

In Oregon, there have been two confirmed cases and no deaths.

The Portland archdiocese's further considersations followed upon a Feb. 28 memo which offered a number of guidelines regarding possible transmission of disease.

Citing the fact that "our hands are often transmitters of the cold and flu," it said that self-intinction should not be permitted, which is, in any case, "prohibited by law"; that rather than shaking hands during the sign of peace, "a nod of the head and a verbal greeting of peace may be used"; and that "holding hands during the Our Father should be discouraged."

Extaordinary Ministers of Holy Communion should, it said, "take special precautions" and frequently wash their hands.

It added that those who are ill are "excused from Sunday worship," and that the ill "are encouraged to make a spiritual communion."

Parishes that distribute Holy Communion only under the species of bread "should take the opportunity to catechize the faithful regarding the Church's teaching about the Most Holy Eucharist, especially regarding the true, real and substantial presence of Our Lord Jesus Christ under either species," the archdiocese noted.

The archdiocese added that after consulting with Oregon's public health office, it found that "scientific consensus seems to be that although bacteria & viruses can be found on the communion cup, despite wiping and able to survive the alcohol, the risk of transmission is thought to be low. However, the cessation of the distribution of Holy Communion from the Chalice would significantly lower the risk."

In addition, the archdiocese quoted a statement from the Oregon Health Authority that "We have thousands of cases of influenza and many hundreds of hospitalizations from influenza right here in the Portland area this year. And we have zero cases of this Novel Corona virus. Right now, a bigger threat to all of us is influenza."

It reiterated that "Holy Communion under both kinds is not mandatory at any Mass in the Archdiocese of Portland."

The worship office also recommended "that all parishes cease the distribution of the Precious Blood for the time being and that the Sign of Peace be eliminated or done without the chance of physical contact."

The Portland archdiocese referred to Redemptionis sacramentum, the Congregation for Divine Worship's 2004 instruction on certain matters to be observed or to be avoided regarding the Most Holy Eucharist, which notes that "each of the faithful always has the right to receive Holy Communion on the tongue, at his choice."

Immediately to Portland's north, in the Archdiocese of Seattle, Archbishop Paul Etienne issued a differing set of directives in response to coronavirus.

The Northwest Catholic wrote March 3 that Archbishop Etienne "said that holy water should be removed from fonts" and "that Communion hosts should be received only in the hand, not on the tongue."

The archdioceses of Portland and Seattle agree, however, that Communion should be under one species, that the sick should stay home from Mass, and that everyone should practice good hygiene and "avoid hand-to-hand contact during the Our Father and the sign of peace."

Archbishop John Wester of Santa Fe issued directives March 3 for his archdiocese that directly prohibited the reception of the Eucharist on the tongue.

"During the flu season and given the possibility of being exposed to the coronavirus, ALL communicants are to receive Communion in the hand," the archbishop said.

Neither Wester's directives nor those of the Seattle archdiocese directly addressed the right to receive on the tongue mentioned in Redemptionis sacramentum.

However, a previous set of instructions regarding influenza in the Santa Fe archdiocese, issued Jan. 7, said that priests ought "encourage reception of the Consecrated Host in the hand," and "request that persons who insist on receiving the Eucharist on the tongue wait to the end of Holy Communion in order to be the final communicants, limiting virus transmission."

The Archdiocese of Chicago also released March 3 coronavirus prevention guidelines, which urged hygienic practices and recalled that the ill are not obliged to attend Mass. There have been four confirmed cases of coronavirus in Illinois.

The Chicago archdiocese also said that there should not be physical contact at the sign of peace, hand holding during the Our Father, or the use of holy water fonts, and that Holy Communion should be distributed only under the species of bread.

It added that "given the frequency of direct contact with saliva in the distribution of Holy Communion on the tongue, every consideration should be given by each individual to receive Holy Communion reverently in open hands for the time being."

The Diocese of Spokane has shared a factsheet and guidelines on coronavirus preparedness it received from Catholic Mutual, which advises these adjustments "after a pandemic has been declared": distribution of Holy Communion only under the species of bread; not passing collection baskets; and bowing rather than shaking hands at the sign of peace.

According to Catholic Mutual, "Communion on the tongue is strongly discouraged" after the declaration of pandemic. The World Health Organization has not declared a coronavirus pandemic.

Catholic Mutual added that "if the pandemic progresses to a more serious stage" more changes may need to be made, such as the emptying of Holy Water fonts, seating in alternate rows of pews, and limits on the number of attendees to baptisms, weddings, or funerals.

The Catholic Bishops' Conference of England and Wales issued guidance on coronavirus dated Feb. 27 saying that in the current stage of coronavirus - characterized by very few cases in the UK and no cases in local parishes - the key thing for parishes to do is to urge that good hygiene be maintained.

The are 80 confirmed cases of coronavirus in England, and one in Wales. There has been one death in England due to the disease.

The English and Welsh bishops also directed that that this stage, parishes "ask anyone with cold or flu symptoms to refrain from the physical sign of peace, taking communion from the Chalice and advise they should receive the host on the hand only."

It added that those attending Mass should be asked to sanitize their hands as they enter, and that "there is no need as things stand for the Chalice to be withdrawn or the of sign of peace suspended ... This advice would only come if we had a very serious epidemic in the UK."

The English and Welsh bishops advised that if the situation progresses such that there are a number of cases in local communities or a case specifically linked to a parish community, then Communion should be distributed only under the species of bread, the Host is "to be given on the hand only", and that care should be taken in distribution that the minister not touch the recipient's hands.

In that stage, the bishops also advise the suspension of the physical sign of peace, removal of holy water stoups, cessation of use of shared hymn books and missals, and not passing a collection plate.

Should a third stage be reached, when there are many cases in local parishes, the English and Welsh bishops said that "Mass and Liturgy in public should be suspended and parish gatherings suspended."

The Latin Mass Society issued a statement March 2 welcoming the English and Welsh bishops' guidelines, while noting they "do not take the form of a decree with the force of canon law."

The group noted that at celebrations of the extraordinary form of the Roman rite, "the Sign of Peace is not given among members of the congregation; the Precious Blood is not distributed to the Faithful (from the Chalice); and Extraordinary Ministers of Holy Communion are not employed. In these respects these celebrations already adhere to or render unnecessary recommendations given in the Guidelines for a heightened level of hygiene necessary in the case of a more serious outbreak of the virus."

It noted that "the Communion of the Faithful is in no way necessary to the validity or liceity (in such circumstances) of the Mass. Should prudence dictate the necessity for such a step, the Faithful should be encouraged to make a 'Spiritual Communion'."

"On the contrary, distribution on the hand has the result that the Host touches possibly infected surfaces, the palm of the left hand and the fingers of the right hand of the communicant, which is avoided in distribution by a priest directly onto the communicant's tongue."