Catholics in Missouri and across the country remembered Fr. Evan Harkins Tuesday as a good priest, and urged prayer for the repose of his soul. 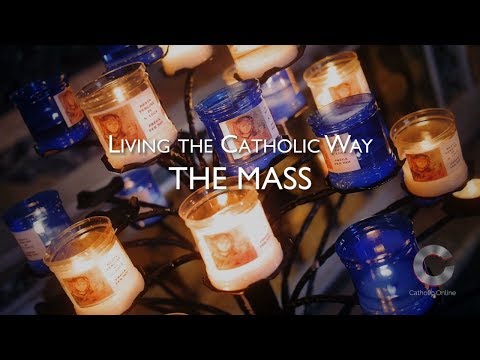 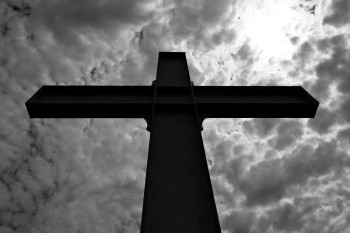 Cross of the Martyrs

Kansas City, Mo., (CNA) - Catholics in Missouri and across the country remembered Fr. Evan Harkins Tuesday as a good priest, and urged prayer for the repose of his soul.

The Diocese of Kansas City-St. Joseph announced the priest's death on Jan. 28.

Harkins "had apparently taken his own life," the diocese said in a statement.

"In the face of this devastatingly tragic news, we ask that you pray for Fr. Harkins, his family, and the parish and school communities that he served as well as all of our priests," the statement added.

Harkins was ordained a priest in 2010, and was serving as pastor of St. James Catholic Church in St. Joseph, Missouri. He also oversaw the nearby St. Patrick Catholic Church as parochial administrator. He was, according to his LinkedIn profile, studying at the Catholic University of America for a degree in canon law.

Harkins was ordained a priest at 24 years old, nearly three months shy of the required canonical age of 25, with a dispensation from his bishop. Before his ordination, he told the Catholic Key that he first began thinking about becoming a priest at eight years old.

His parents supported his vocation. The oldest of five children, Harkins attended a seminary high school. He then enrolled at Conception Seminary College in Missouri, followed by major seminary at Kenrick Seminary in St. Louis.

In 2010, Harkins described to the Catholic Key his devotion to the Blessed Virgin Mary.

Harkins also told the Catholic Key about his enthusiasm for the priesthood.

A priest "brings the channels of Christ's grace to the sacraments: New life through baptism; absolution through the sacrament of Penance, His love for us and His grace through the Eucharist. A priest is a bridge connecting people to God in a sacramental way, and he extends Christ's love for His Church, in a human way."

"I see a lot of pain and sadness in the world. You can see in people's eyes. Satan makes people unsure of who they are. To me being ordained a priest is to be sent out in to the world to give God to people and His gifts of joy and truth. I think that's awesome; there is nothing beyond that I could want," Harkins added.

Priests in Missouri and other parts of the country remembered Harkins on social media.

Fr. Joseph Kelly of the Diocese of Springfield-Cape Girardeau wrote on Facebook that Harkins "was a few years ahead of me at Kenrick, and I always remember him as humble, quiet, prayerful, always joyful, and had a great love for the traditional liturgy."

Kelly requested prayers for the repose of Harkins' soul, and "for all those struggling with depression, anxiety, and suicidal thoughts, that they may know there is always hope even in the midst of the greatest darkness."

Fr. Adam Prichard of the Diocese of Springfield in Illinois requested prayers for Harkin's soul, for his family, and for his parishioners.

"He was a good man and a good priest," Prichard wrote.

Please pray for the repose of the souls of Fr. Evan Harkins, for his family, and his parishioners. He was a good man and a good priest. https://t.co/qa19coLlC2

Fr. Adam Prichard (@FrAdamPrichard) January 28, 2020Fr. Cassidy Stinson of the Diocese of Richmond asked on Twitter that Catholics pray for all priests.

"I know from experience that it can be very hard to seek help and support  when you're the one called upon to support everyone else," Stinson wrote.

Please pray for the repose of the soul of Fr. Evan Harkins, who took his own life this morning.

I know from experience that it can be very hard to seek help and support when you're the one called upon to support everyone else.

Pray for your priests.

Fr. Cassidy Stinson (@TheHappyPriest) January 28, 2020Fr. James Clark of Memphis wrote that he and Evans "were good friends in seminary.  I never would have expected such a thing.  May God give him eternal life and console his beautiful family. You are a priest forever, Fr. Evan."

Heartbroken to hear of the death of Fr. Evan Harkins. We were good friends in seminary. I never would have expected such a thing. May God give him eternal life and console his beautiful family. You are a priest forever, Fr. Evan. pic.twitter.com/uwR0Xx8dO8

Fr. James Clark (@FatherJcl) January 29, 2020The Catechism of the Catholic Church teaches that "voluntary cooperation in suicide is contrary to the moral law," but adds that "grave psychological disturbances, anguish, or grave fear of hardship, suffering, or torture can diminish the responsibility of the one committing suicide."

Funeral announcements for Harkins have not yet been announced.