The Archdiocese of St. Paul and Minneapolis is set to open a conference for survivors of clerical sexual abuse on Thursday, with the goal of bringing healing and "restorative justice" to survivors. 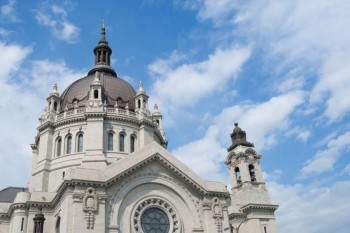 St. Paul, Minn., (CNA) - The Archdiocese of St. Paul and Minneapolis is set to open a conference for survivors of clerical sexual abuse on Thursday, with the goal of bringing healing and "restorative justice" to survivors.

The archdiocese, in conjunction with the Office of the Ramsey County Attorney, is set to open the first annual Restorative Justice and Reconciliation Conference Jan. 23.

The conference will include presentations from key figures in the archdiocese, including Archbishop Bernard Hebda, alongside the Minnesota director of the Survivor's Network of those Abused by Priests, who will discuss how the Church has responded to cases of sexual abuse in the past five years, according to diocesan outreach coordinator Paula Kaempffer.

Kaempffer, herself a survivor of clergy abuse, told CNA that as of Wednesday organizers expect at least 82 attendees, and the conference is open to the public.

In addition to the presentations, there is set to be a 5-person panel of the survivors of sexual abuse, who will take questions from the audience.

Kaempffer, as emcee of the conference, told CNA that she plans to ask the panelists first: "What has been the effect of clergy sexual abuse on your life?" and secondly "What steps have you taken to heal from this trauma?"

Gina Barthel, a hospice nurse and victim-survivor of clerical sexual abuse, is set to be one of the panelists.

"I hope that anyone in the Church who has felt the great sorrow and pain and impact of clergy abuse would be encouraged to attend this event, so they can see where the Church is, at least in our archdiocese today, and see how much we've grown and changed and are promoting a culture that is victim-friendly, and also that is really working hard to prevent further clergy abuse," Barthel told CNA in an interview Wednesday.

Barthel said she has seen marked improvement in the archdiocese' response to abuse cases since she first came forward with her story of abuse in 2007.

"Initially, when I came forward back in 2007, the archdiocese at that time did a horrible job. And it caused me greater pain than healing, and was very, very frustrating," Barthel told CNA.

"And so the beauty is, now, that same office is staffed with people who are very competent, intelligent, caring, and really working to help bring victims to healing, which is very beautiful."

Barthel said that the archdiocesan safe environment office, in contrast to 2007, is today very victim-survivor focused. She said when she originally came forward, it seemed that the office was focused on protecting the Church, rather than helping survivors.

With the current administration, she said, she never gets the feeling that they're trying unfairly to protect or defend the Church, nor give "lip service" to survivors.

"It's often the case that the victims are the ones that end up suffering more if they come forward. And with the current administration in our archdiocese, I think that's just not the case," Barthel said.

"They want you to come forward, they want you to share your story, and they're going to walk with you through that journey. And that's really powerful as a victim, because we don't always experience that. And that's just very beautiful."

Barthel said one of the first people she called to tell about her story of abuse was the mother superior of the religious community she was a part of at the time.

"Her immediate response, the first words off of her lips were 'I believe you,'" Barthel recalled.

"And for a victim, I think that's very healing and affirming. Let the victim of any type of abuse know that you believe them. Make sure, especially for clergy, I think it's important for clergy to recognize that they're not therapists. And to make sure that they help direct the person to get professional therapeutic help as well."

Barthel has previously told CNA about the help offered her by Auxiliary Bishop Andrew Cozzens, who first met with Barthel in 2014 after she contacted him telling him she was a victim of clerical abuse and asking to meet with him.

Barthel said the main thing that Bishop Cozzens did right was that he listened.

"I think what he did right was first, he listened. He believed me, he listened," she said.

"And he has been very patient in walking with my journey back to living a life of faith, and that's been really helpful because I've never felt pressured."

She also said the most comforting thing Cozzens often would say to her is "Jesus understands."

"And so when I'm struggling and living the life of faith sometimes is difficult for me his response will be 'Jesus understands.' And that's always been very freeing for me, actually, and healing," she said.

Barthel said she hopes to be able to give advice and support to fellow victim-survivors at the conference, especially if they have not yet managed to tell the Church or law enforcement about their abuse.

"The very first thing that I tell people is that I believe them," Barthel advised.

"Because it's not my place to try and find out if they're telling the truth or not. So the very first thing I do is to tell them that I believe them, and to reassure them that they're not alone."

"In addition to that, I encourage them to find a therapist, and if they need that we have resources in our diocese for finding therapists that work with victims," she said.

Despite the improvements in the Church's response in Minnesota that Barthel has witnessed, she remains critical of the response in many areas of the Church to sexual abuse of adults by clergy which is what happened to her.

Barthel was abused by a now-laicized priest as an adult, in the context of a spiritual direction relationship. Her abuser, Jim Montanaro who admitted to abusing other adult women is now working as a photographer in Massachusetts.

"Where I think the Church in our archdiocese and across the world is failing is how we deal with victims who are adults who have been abused," Barthel said.

"With a child, it's always very clear-cut that it's illegal, and it's immoral, and it's wrong. With an adult, in not every state is it illegal for a priest to have sexual relations with an adult."

His former religious order, the Oblates of the Blessed Virgin Mary, have declined to name Montanaro as a sexual abuser. Barthel worries that he remains a risk to women.

By the time Barthel had mustered the courage to go to the police with her abuse story, she missed the statute of limitations by less than a month.

"In my case, the only way that it was able to be made public was by my voice, and that doesn't seem right to me...If there's no criminal charges, then the person's name will never be made public, unless the Church does the right thing and makes it public," she said.Barthel emphasized the importance of victim-survivors supporting each other.

"Walking with a victim of abuse, any type of abuse, is not for the faint of heart. There's lots of challenges that go along with that, and having good boundaries for someone who's been abused is very important," she advised.

In addition to the speakers, the Restorative Justice and Reconciliation Conference is also set to include "healing circles," in which participants sit at round tables and speak, one at a time, on a prompt offered by a moderator.

Often times, Barthel said, the leader will ask a single question, such as "What has been the effect of clergy sexual abuse on your life?" and each participant will answer without interruption or discussion.

Barthel said the wide range of participants, all in different stages of healing, make the experience of healing circles, for her, "actually very powerful and very beautiful."

Barthel said beyond the networks of friends and supporters who have helped her along her journey of healing, a huge part of her recovery in her words, 90% has been accomplished through time spent in Adoration.

"The large majority of my healing, especially the deep spiritual healing that I needed...the deepest healing has just come from sitting with Jesus in adoration, in the silence, and having conversations with Him, just in my heart, heart-to-heart with Him," she said.

"Mostly just sitting in the silence and letting the power of the Eucharist and His presence in the Eucharist heal and transform my wounded heart."