The Senate on Thursday confirmed Sarah Pitlyk, a Catholic lawyer and advocate for pro-life activist David Daleiden, as a judge for the Eastern District Court of Missouri. 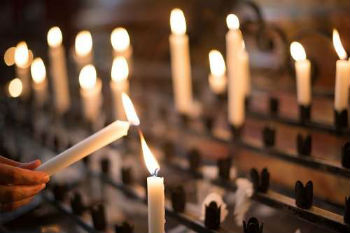 Washington D.C., (CNA) - The Senate on Thursday confirmed Sarah Pitlyk, a Catholic lawyer and advocate for pro-life activist David Daleiden, as a judge for the Eastern District Court of Missouri.

Pitlyk, confirmed by a vote of 49 to 44, was a special counsel at the Thomas More Society, a legal firm that specializes in pro-life and religious freedom cases. She was nominated by President Trump to the district court in August.

In her favor were 49 Republicans, with 42 Democrats and one Republican, Sen. Susan Collins (R-Maine), voting against her confirmation.

The new judge once clerked for Supreme Court Justice Brett Kavanaugh on the D.C. Circuit Court of Appeals, and studied as a Fulbright Scholar at Belgium's Catholic University of Leuven. While at Yale Law School, she founded the group Yale Law Students for Life.

"Pitlyk is highly qualified with a world-class education and extensive legal expertise. She is principled and committed to fairness. Recent attacks on her record were clearly partisan, motivated in part by her success in litigating pro-life cases," Marjorie Dannenfelser, president of the pro-life group Susan B. Anthony List, stated on Tuesday before Pitlyk's nomination.

Planned Parenthood, in a press release, called Pitlyk "extreme and unfit to judge." They pointed to Pitlyk's record defending pro-life measures, such as Iowa's "heartbeat" bill, and her opposition to St. Louis' city ordinance on abortion.

The St. Louis ordinance, which was enacted in 2017 and overturned by a federal court in 2018, would have forced pro-life groups to take contradictory stances such as employing abortion proponents or renting space to abortion clinics.

The American Bar Association's Standing Committee on the Federal Judiciary unanimously said that Pitlyk was "not qualified" for the position because she lacked trial and litigation experience.

"Ms. Pitlyk has never tried a case as lead or co-counsel, whether civil or criminal. She has never examined a witness. Though Ms. Pitlyk has argued one case in a court of appeals, she has not taken a deposition. She has not argued any motion in a state or federal trial court. She has never picked a jury. She has never participated at any stage of a criminal matter," the ABA committee stated in a Sept. 24 letter to the chairman and ranking member of the Senate Judiciary Committee, Sens. Lindsey Graham (R-S.C.) and Dianne Feinstein (D-Calif.).

In her time at the Thomas More Society, Pitlyk defended pro-life advocate David Daleiden who in 2015 first produced tapes of secretly-recorded conversations with officials at Planned Parenthood and fetal tissue procurement companies.

Daleiden meant to expose the fetal tissue trade between abortion clinics and tissue harvesters; a federal district court in San Francisco in November ruled that his Center for Medical Progress had caused Planned Parenthood "substantial harm" with the videos, and ordered the group to pay $870,000 in damages.

Pitlyk also submitted a brief on behalf of 67 Catholic theologians and ethicists in the case Hobby Lobby v. Burwell, against the Obama administration's contraceptive mandate.

"Catholic moral and theological principles, which are shared by many other Christian traditions, indicate that providing health insurance coverage for these objectionable services could cause objecting employers to become unacceptably complicit in actions forbidden by their religious faith," the brief stated.