An immigrant who has lived in the U.S. for more than 16 years while receiving life-saving medical treatments is hoping for a reprieve after being given weeks to leave the country. 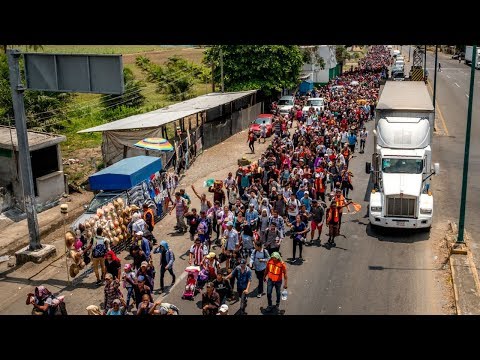 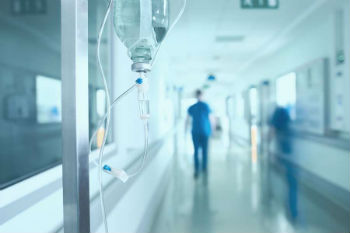 Washington D.C., (CNA) - An immigrant who has lived in the U.S. for more than 16 years while receiving life-saving medical treatments is hoping for a reprieve after being given weeks to leave the country.

Maria Isabel Bueso, a 24 year-old immigrant from Guatemala, has lived in the U.S. without citizenship since 2003 through temporary extensions of "deferred action," or delays of deportation, so that she can stay and receive treatment for her rare medical condition.

Bueso traveled from Guatemala to the U.S. with her family in 2003 to participate in clinical trials for her rare genetic disorder. After more than 16 years, she was notified in August that she would not be able to renew her status in the U.S. because the administration would stop considering non-military requests for deferred action. She was given 33 days to leave the country.

On Sept. 19, the U.S. Department of Homeland Security (DHS) announced that it would resume granting non-military deferred action on a case-by-case basis,

Bueso was "thrilled" by the news, her nurse, Wendy Bloom, told CNA, but remained only "cautiously optimistic" until she has full certainty of her status and hopes her case will draw attention to the plight of others like her.

"She's really nervous until she actually gets an official letter that says 'you are allowed to stay here,' then she'll be ready to have a party," Bloom, a member of the California Nurses Association, told CNA.

Bueso has become an advocate for other patients with rare diseases - some of who needed to travel from outside the U.S. for treatment.

She has Maroteaux-Lamy Syndrome (MPS-VI) which is a rare genetic disorder, and was invited to the U.S. at age seven to participate in clinical trials conducted by Dr. Paul Harmatz at Children's Hospital and Research Center in Oakland, California.

Bueso traveled to the U.S. on a B-2 visa with her family, and has since remained in the country for weekly treatments. Bloom says she has known Bueso for 13 years, and that Bueso has been coming to the hospital for almost 17 years.

After she initially participated in clinical trials for her condition, that program helped develop a commercial drug Naglazyme that is now used to treat patients with MPS-VI.

In 2009, Bueso applied for and was granted deferred action of deportation, with a renewal every two years.

Several weeks after her notice to leave the U.S., Bueso testified before the House Oversight Subcommittee on Civil Rights and Civil Liberties at a hearing held on September 11 on "The Administration's Apparent Revocation of Medical Deferred Action for Critically Ill Children."

"The medical treatment I need is not available in Guatemala. If I'm sent back, I will die," she told members of the subcommittee. Bloom explained that the treatment is expensive and requires special skills to administer; Bueso would not be able to receive the necessary treatment in Guatemala.

On Sept. 2, DHS had announced that it would review the change in policy for "deferred action," but Bueso's status was still in limbo.

Then on Sept. 19, DHS informed the House Oversight Committee that it would once again consider deferred action on a case-by-case basis for non-military immigrants in the U.S.

In the statement, DHS said that USCIS would resume consideration of "non-military deferred action requests on a discretionary, case-by-case basis, except as otherwise required by an applicable statute, regulation, or court order."

Oversight Chairman Rep. Elijah Cummings (D-Md.) stated in response that "it appears that the Trump Administration is reversing its inhumane and disastrous decision to deport critically ill children and their families who are receiving life-saving medical treatment in the United States."

The decision draws attention to the importance of allowing immigrants like Bueso to come to the U.S. for treatment.

"Medical research needs to be ongoing, and if we can't have the type of patients enrolling in these studies then we have a problem," Bloom said.