A federal court has reversed a decision dismissing a lawsuit brought against the Minnesota Human Rights Act. In a decision issued Friday, the 8th Circuit Court of Appeals reinstated claims that the law violates free speech and freedom of religion in a case brought by two Christian filmmakers who refused to make same-sex wedding videos. 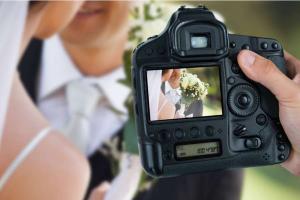 Minneapolis, Minn., (CNA) - The case was brought by Carl and Angel Larsen, the owners Telescope Media Group, both of whom are devout Christians. The Larsen's intended to expand their business by filming weddings, but were told by state officials that if they produced films celebrating marriages in accord with their own beliefs, they would also have to create films promoting same-sex marriage.

Jeremy Tedesco, senior counsel at the Alliance Defending Freedom, which represented the Larsens, called the decision a "significant win."

"The government shouldn't threaten filmmakers with fines and jail time to force them to create films that violate their beliefs. Carl and Angel work with all people; they just don't create films promoting all messages," Tedesco said in a statement.

"All creative professionals should be free to create art consistent with their convictions without the threat of government punishment."

The initial suit was dismissed by the U.S. District Court in Minneapolis and appealed to the 8th Circuit in October, 2018. The Larson's told the court that they "gladly work with all peopleďż˝"regardless of their race, sexual orientation, sex, religious beliefs, or any other classification."

Because they are Christians, the Larsons said they only decline requests for their services that conflict with their religious beliefs, including any that, in their view, "promote any conception of marriage other than as a lifelong institution between one man and one woman."

The 2018 Minnesota Human Rights Act prohibits vendors from "to intentionally refusing to do business with, to refuse to contract with, or to discriminate in the basic terms, conditions, or performance of the contract because of a person's . . . sexual orientation."

According to the state's argument, the law regulates the Larsen's business conduct and not their speech, and they would need to make both traditional marriage and same-sex wedding films, or none at all in order to comply, otherwise they could face tens of thousands of dollars in penalties and up to 90 days in jail.

In the decision published Aug. 23, the 8th Circuit held that the First Amendment prevented the Larsons from being compelled to "mouth support for views they find objectionable," and that their film productions are a form of free speech protected by the Bill of Rights, saying that "the videos they do wish to produce will convey a message designed to affect public attitudes and behavior."

"If Minnesota were correct," the judges wrote, "it could use the MHRA to require a Muslim tattoo artist to inscribe 'My religion is the only true religion' on the body of a Christian if he or she would do the same for a fellow Muslim, or it could demand that an atheist musician perform at an evangelical church service."

The decision orders the District Court to review the case again, and to consider if the Larson's case merits a preliminary injunction against the state law.